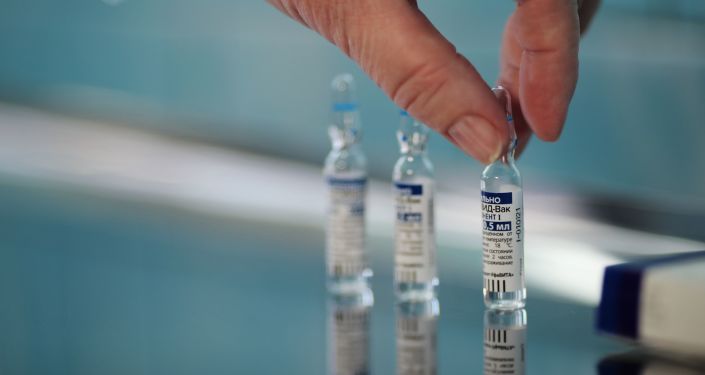 “The embassy has received the Russian Foreign Ministry’s invitation, and several staffers have been vaccinated”, the diplomatic mission said.

The embassy declined to specify whether the Spanish ambassador had been inoculated, citing confidentiality.

Earlier in the day, the Russian Foreign Ministry confirmed it had invited all the accredited foreign embassies to join the vaccination campaign.

© AP Photo / Zoltan Balogh
A vial containing Russian vaccine Sputnik V is shown by a nurse at the South Pest Central Hospital in Budapest, Hungary, Friday, Feb. 12, 2021, as the vaccination with Sputnik V against the new coronavirus begins in the country.

The Russian medication Sputnik V developed by the Gamaleya Research Institute of Epidemiology and Microbiology was the first vaccine against COVID-19 in the world. It was registered on 11 August. The vaccine demonstrated over 90 percent efficiency during trials and has been approved by multiple countries.

WHO Approves China’s Sinovac COVID-19 Vaccine For Emergency Use

In Shadow of Navalny Case, What’s Left of the Russian Opposition?