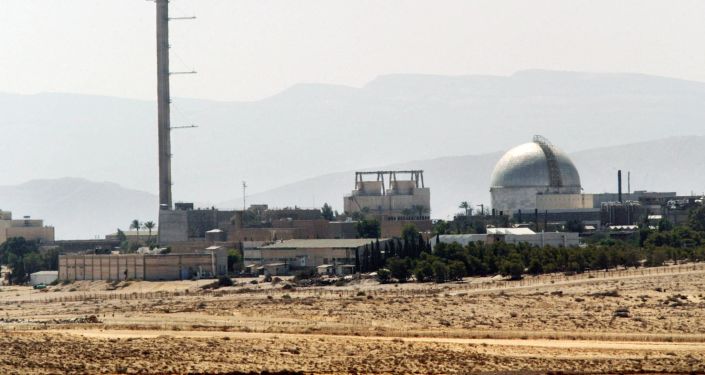 “Significant new construction” is underway at the Dimona site in Israel, which is officially known as the Negev Nuclear Research Centre, the International Panel on Fissile Material (IPFM) reported referring to commercial satellite imagery of the facility.

IPFM is an independent group of arms-control and non-proliferation experts from both nuclear weapon and non-nuclear weapon states.

According to the group, the images that were published by the IPFM on Thursday show construction around a massive excavation area measuring approximately 140 metres by 50 metres.

IPFM also argued that the construction site is located “in the immediate vicinity of the buildings that house the nuclear reactor and the reprocessing plant”.

The purpose of the construction remains unclear, and the Israeli government has not commented on the matter yet.

Pavel Podvig, a researcher with the programme on science and global security at Princeton University in New Jersey, told The Guardian that the construction had allegedly kicked off a couple of years ago.

“It appears that the construction started quite early in 2019, or late 2018, so it’s been under way for about two years, but that’s all we can say at this point”, the scientist claimed.

In the late 2000s, Israel reportedly used the Dimona site to create replicas of Iran’s uranium enrichment centrifuges to test so-called Stuxnet malware in a bid to sabotage the uranium enrichment-related work at the Islamic Republic’s Natanz nuclear facility.

Israel has repeatedly slammed Iran for developing its nuclear programme, claiming the latter seeks to obtain a nuclear weapon. Tehran rejects the accusations, insisting that the programme is purely peaceful.

Israel has never denied or confirmed the widespread rumors that the Jewish state possesses a nuclear arsenal. The non-profit organisation Federation of American Scientists (FAS) estimates that Tel Aviv currently has at least 90 nuclear warheads, something that makes Israel the only nuclear-armed state in the Middle East. According to FAS, the warheads were produced from plutonium obtained at the Dimona facility’s heavy water reactor.