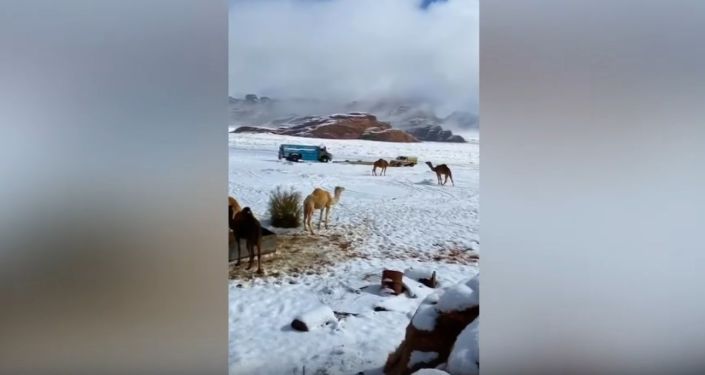 In the meantime, many Saudis have shared videos and photos depicting the unbelievably large amount of snow in the desert. One of the most popular clips shows shocked camels that can’t understand why it’s so cold.

‘Very Stable’ Climate in Antarctica for the Past 40 Years, Despite Global Trends – Report