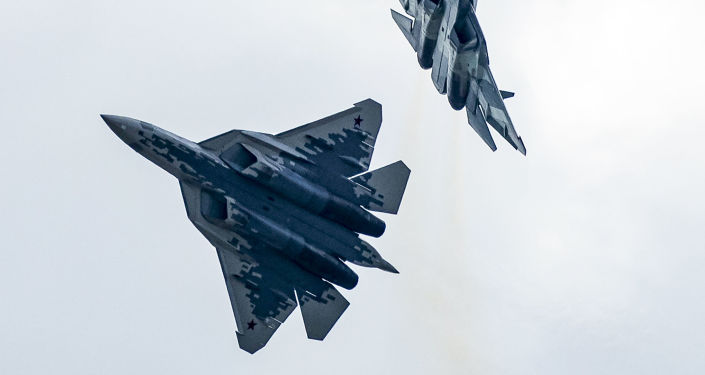 Russia’s stealthy Su-57 is reportedly undergoing tests on its ability to carry a new hypersonic weapon, according to sources inside Russia’s military-industrial complex.

Russian media reported earlier this week that a realistic mockup of a new “intra-fuselage hypersonic missile” was being carried by an Su-57 for test flights. The details of the weapon are vague; however, it is likely the same weapon reported to have been developed in February 2020.

The Su-57 has long been expected to one day carry the Kh-47M2 “Kinzhal” missile, an air-launched hypersonic weapon already deployed on the Russian Air Force’s MiG-31 long-range fighters that has a blistering top speed of Mach 10. The Tu-160 supersonic bomber is slated to receive a similar upgrade.

However, in order to be carried inside the Su-57’s 14-foot-long internal weapons bay, the missile would have to be much smaller than the Kinzhal, which is roughly 26 feet long. No extant hypersonic weapon has been so small, as all have been the size of large cruise missiles or air-launched ballistic missiles.

Such a weapon might be powered by an air-breathing scramjet, a type of advanced rocket engine used to attain ultra-fast speeds, such as that currently being developed by India.

Russia has also developed the Avangard hypersonic glide vehicle, which is launched by a large ground-based rocket, and is currently testing the Zircon hypersonic anti-ship missile, which will one day be carried by its missile cruisers.

Indian Realtor Digs Out Antique Treasure, Ornaments of Gold and Silver in a Pot on His Land – Video

Zarif Throws US’ ‘Seriousness of Purpose’ Complaint Back In Its Face, Blames Biden for Nuclear Spat