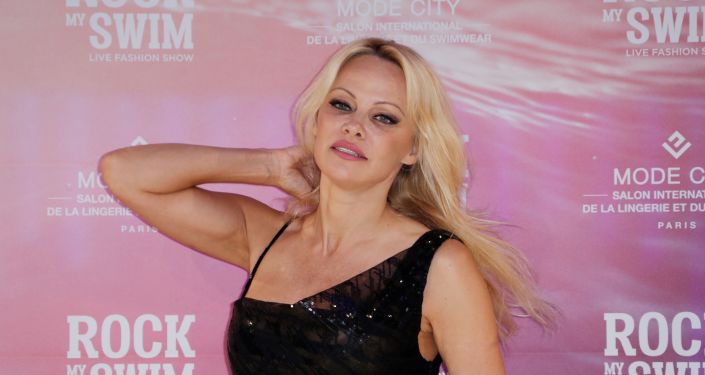 The interview focused on the news of the Anderson’s recent wedding to her bodyguard Dan Hayhurst in a private ceremony. Hayhurst held the camera so that the viewers could see the couple, snuggling in their bed.

The hosts asked whether the couple chose to hold a secret day ceremony due the restrictions under the Covid-19 pandemic.

“I think we prefer to be by ourselves but would also be nice to have had some family here. But it wasn’t a problem to be by ourselves. We had a really beautiful quiet ceremony, and our witnesses were the First Nations people,” Anderson responded.

Viewers found the format of the interview showing Anderson and her new husband snuggling up inappropriate. Some, however, found it quite ironic and representative of the unusual times caused by the pandemic.

People are tweeting and being generally awful about Pamela Anderson doing an interview in bed for Loose Women.
These people have actually admitted to watching Loose Women.
Here’s my gif for that : pic.twitter.com/xJI56azAQ2

The internet: “Everyone is beautiful, love yourself no matter what you look like, don’t body shame etc”
Also the internet: “Ew Pamela Anderson just did an interview from her bed”

​Former Playboy star, Anderson got married for the fourth time in a secret ceremony in Vancouver, Canada, with reports about the wedding appearing in January.