Israel Might Cast a Shadow Over Upcoming Palestinian Polls, Here’s How 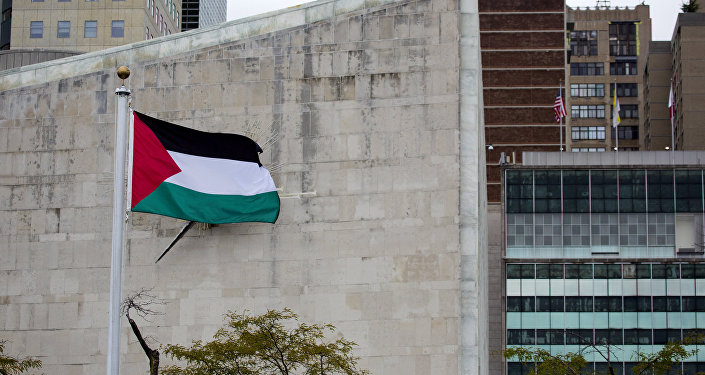 Jerusalem, which has already been the scene of many disputes is likely to be at the heart of yet another row, this time over the upcoming Palestinian presidential race set for 31 July.

President Mahmoud Abbas has already stated that the upcoming polls will take place in the West Bank, the Gaza Strip, and East Jerusalem, which the Palestinians see as their capital.

Abbas also indicated that elections without the Palestinian residents of East Jerusalem would not be an option.

The catch is that for this to happen the government in Ramallah will need to receive Israeli approval because the latter has been in control of the area since 1967, when it captured Jerusalem from Jordan in the Six-Day War.

Last month, Palestinian Prime Minister Mohammed Shtayyeh said his government intended to formally request that Israel allow East Jerusalemites, who make up more than 300,000 of the city’s nearly 900,000 inhabitants, to participate in the polls. So far, the Palestinian PM hasn’t submitted his request yet and will probably do it next month, following another round of talks between Fatah and its rivals Hamas in Cairo.

Israel will need to decide whether to grant that permission and the fears in Ramallah are that the former might decide to reject the Palestinian appeal.

The first reason for such a decision might be the 2017 US recognition of the western and eastern parts of Jerusalem as the capital of Israel, turning the city and all its residents into the “property” of the Jewish state.

Another reason might be Israel’s bitter experience with the 2006 Palestinian legislative elections, when Hamas, a group deemed a terrorist organisation by Israel and that doesn’t recognise the historic Oslo accords of 1993, won a majority in the 132-seat parliament and subsequently established its control over the Gaza Strip, ousting rivals from the party Fatah.

Israel might be afraid of the same scenario, this time in Jerusalem if the Israeli authorities end up giving their approval to the PA to hold a national poll in the disputed city.

© AFP 2021 / SAIF DAHLAH
Palestinian supporters of Hamas Islamist movement and of Fatah party wave their faction’s flags during a rally to support the Palestinian political unity deal, in the West Bank city of Jenin. (File)

But Pinhas Inbari, an expert from the Jerusalem Centre for Public Affairs, who specialises in Palestinian politics, thinks the decision on whether to grant or deny the PA’s request will largely depend on who wins the Israeli elections on 23 March.

“The current government [under Prime Minister Benjamin Netanyahu] will surely not allow it. If he is re-elected and establishes a nationalistic government it won’t happen either. Yet, if [the head of the opposition] Yair Lapid is elected that might happen as a gesture of good will to Joe Biden”.

Yet, the desire to appeal to the new president in Washington might not be the only factor in determining Israel’s decision to grant that permission. Inbari thinks international pressure could play a pivotal role too.

Recently, the International Criminal Court in The Hague ruled that it would open a probe into Israel’s conduct vis-a-vis the Palestinians in the West Bank, the Gaza Strip, and East Jerusalem, considered occupied Palestinian land by international law.

International pressure will also be applied by the European Union, who has already urged Israel to “facilitate the holding of elections across all the Palestinian territory”.

If that pressure continues to mount, the authorities in Tel Aviv might crack but Inbari believes that they will send a message to Abbas, warning him of the repercussions such a move could entail.

“If Abbas insists on holding these elections, he will be left to tackle the security issues on his own that will arise if Hamas wins the polls. The Jewish state will protect its own settlements in the West Bank, whereas Abbas will need to protect his. Chances are slim that he will manage to do so and that might turn the area into another Syria”.

Masked Palestinian Hamas gunmen attend a funeral for six of their fighters who were killed in an explosion Saturday, in Deir el-Balah, central Gaza Strip

The expert is certain that Abbas will want to avoid a repetition of 2007, when he was ousted from the Gaza Strip by Hamas militants.

Neither would he want to jeopardise his long-term rule, de-stabilise the area, or neighbouring Jordan, who is already concerned about the prospect of the Islamic group establishing its presence in the West Bank.

“I believe these elections will not end up happening. And it will be enough for Israel to dispatch its message to Abbas and Jordan and explain to them that they would be on their own handling armed militias, to stop Abbas moving ahead with his idea of national polls”.

US to Increase Pressure on Venezuela’s Maduro ‘Multilaterally’ – Official