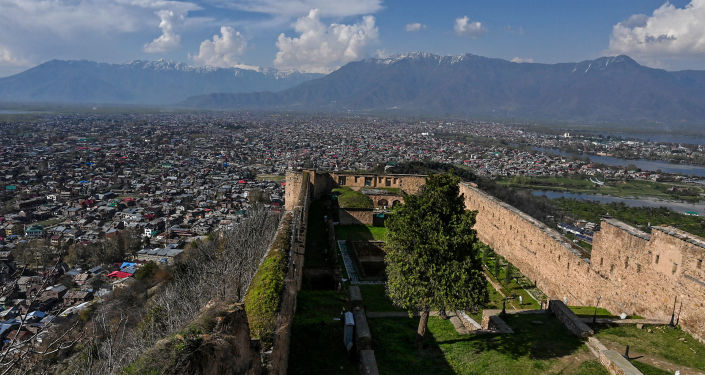 Promising a business-friendly environment to investors, the Indian government during a two-day visit to Jammu and Kashmir, invited countries from the European Union and elsewhere to invest in the territory earlier this week, government officials in New Delhi told Sputnik.

The officials added that Jammu and Kashmir’s state administration presented a detailed report to what changes have taken place in industrial policy and security since the area’s temporary special status was revoked in August 2019.

“The Lt-Governor shared a vision of peace, progress and prosperity for Jammu and Kashmir, as well as highlighting key people-centric development projects that are underway in Jammu and Kashmir. The visiting envoys were also made aware of the New Industrial Policy and were invited to take part in the economic growth and development of the Union Territory,” government sources told Sputnik.

Sources said that Lt-Governor Manoj Sinha has specifically mentioned “the ready land bank” of around 2500 hectares for industries which will provide them with a sense of security regarding any kind of land dispute in the sensitive region. India’s Minister of Home Affairs Amit Shah also said in parliament that the state has a big enough government land bank to use for setting up industries which will give a boost to Jammu and Kashmir’s economy.

This was the third group of foreign heads to visit the region. Before the COVID-19 pandemic broke out, two groups of resident Heads of Missions visited Jammu and Kashmir in January and February 2020.

“The idea behind these visits was to enable foreign Heads of Missions to get a better sense of conditions and the prevailing normality in the Union Territory. Subsequently, there has been an increased interest in the ongoing political and democratic process, including strengthening of grassroot democracy in Jammu and Kashmir,” sources said.

The delegation, during its stay on 17 to 18 February, visited the Indian Army’s Chinar Corps headquarter in Srinagar where they received a briefing on the prevailing security situation – including external threats – in Jammu and Kashmir and on the initiatives of state police relating to community policing and engagement.

Earlier this week, the state administration approved a series of measures to simplify setting up a business to boost investor confidence. It has even relaxed the need to get “No Objection Certificates”.

Indian government has lined up investment to the tune of $2.88 billion for Kashmir including $1.81 billion from global investors.

In January this year, the Indian government announced a $4 billion special package to boost the infrastructure and to industrialise the region.

The government jettisoned Article 370 of the Indian Constitution in August 2019, ending the special status for Kashmir, which was the main feature for its accession to India in 1947.

Per Excrementum ad Astra: Study of Human Faeces May Help Prepare For Missions to Mars