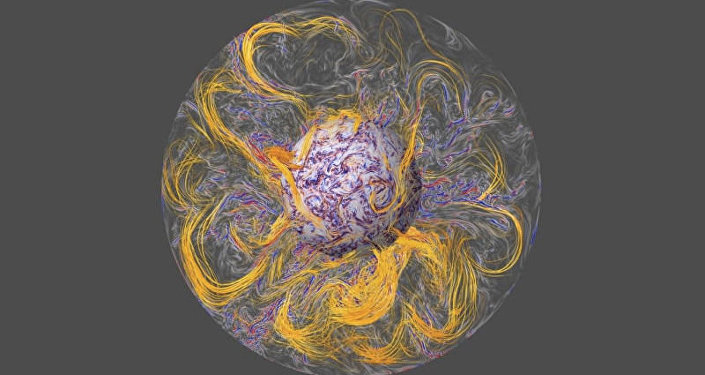 The collapse of Earth’s magnetic fields as well as the flipping of its poles could have led to the extinction of Neanderthals, claims a new study conducted by an international group of scientists. Earth’s magnetic field is vital to all life on the planet as it protects the ozone layer from solar winds, cosmic rays, and harmful radiation. The field is most concentrated at the poles, but sometimes they switch. One such event, called the Laschamp excursion, occurred around 42,000 years ago and lasted less than 1,000 years.

According to the results of the study, published in the journal Science, these changes, as well as the dramatic weakening of the magnetic field resulted in huge climate shifts.

“It probably would have seemed like the end of days”, said Professor Chris Turney of the University of New South Wales and co-author of the study.

The scientists noted previous studies said the Laschamp event had little impact on the planet, because researchers did not specifically look into the period when the poles were shifting.

The new study says these changes resulted in dramatic ramifications and extreme climatic conditions and possibly led to the extinction of big mammals.

“We see this massive growth of the ice sheet over North America … we see tropical rain belts in the west Pacific shifting dramatically at that point, and then also wind belts in the southern ocean and a drying out in Australia”, said Professor Chris Turney.

Scientists say the changes also led Neanderthals to hide in caves that protected them from poor conditions. The whole situation may have sparked competition among our ancestors, which in the end contributed to their extinction.

The researchers used radiocarbon analysis in their study. They looked at the rise in carbon-14 levels in the atmosphere, which are produced by high levels of cosmic radiation. Examining numerous materials across the world, the scientists found that major environmental changes occurred at the same time that carbon-14 levels jumped.

Will it Happen Again?

Scientists say the Earth’s poles reverse every 200,000 to 300,000 years, with some researchers pointing out that the next event is on its way as the planet’s magnetic field has been weakening for years. Some scientists, however, dismiss the idea that the switching of poles may occur again, though they agree that if it happens the event will pose an enormous danger to all life on earth.

“It doesn’t necessarily mean that it is going to happen again, but if it did it would be absolutely catastrophic”, said Alan Cooper from the South Australian Museum in Adelaide, who was involved in the study.

Covid Passports Will Be Introduced

Monkeys of Amazon Change Their ‘Accent’ to Avoid Conflicts With Congeners, Study Says

US Homeland Security: At Least 1 Million Without Power Due to Winter Storm