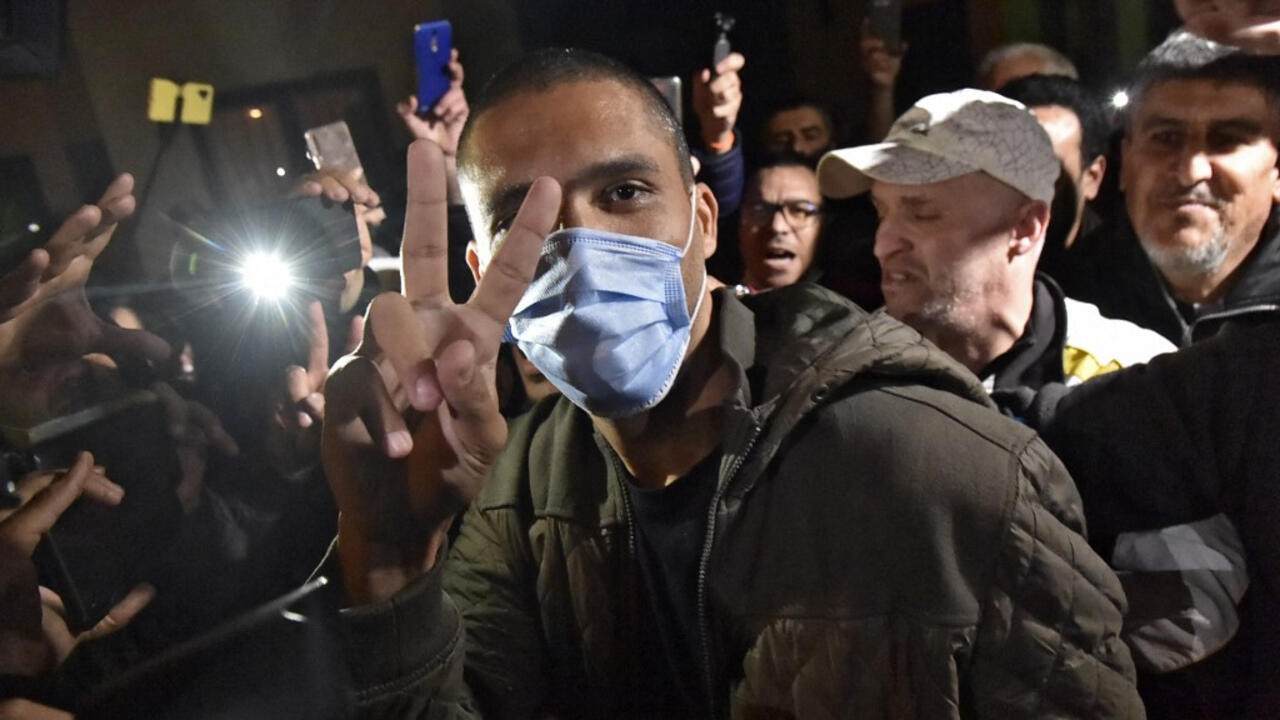 Algeria on Friday released prominent journalist Khaled Drareni and dozens of  “Hirak” protest movement activists from jail under presidential pardons issued ahead of the second anniversary of a popular uprising.

Drareni, an editor at the Casbah Tribune news site and correspondent for French-language channel TV5 Monde, was released after 11 months in detention, according to his lawyer.

Drareni was released along with dozens of other “Hirak” activists a day after Algerian President Abdelmadjid Tebboune dissolved the lower house of parliament and called early legislative elections.

Earlier Friday the National Committee for the Liberation of Prisoners (CNLD), a rights group, announced the release of dozens of prisoners in a gesture of appeasement to the “Hirak” protest movement.

The “Hirak”, meaning “movement” in Arabic, swept former strongman Abdelaziz Bouteflika from power in 2019, but continued after his fall.

In his speech late Thursday, Tebboune said around 55 to 60 Hirak members would benefit from an amnesty, with their release to start immediately.

Around 70 people are currently in prison over their links with the Hirak movement or other peaceful opposition political activity, according to the CNLD.

Many of them were arrested for posting anti-government posts on social media.

The presidency said the pardon would cover “perpetrators of crimes related to information and communication technologies”.

On Friday, journalists and families gathered to wait for prisoners to be freed outside the jail in Kolea, a town 20 kilometres (12 miles) west of the capital Algiers.

Among the prisoners held in Kolea is journalist Khaled Drareni, sentenced to two years in prison in September, and who has become a symbol of the fight for press freedom in Algeria.

Tebboune’s initiative comes on the eve of the Hirak’s second anniversary on February 22, demanding a sweeping overhaul of the ruling system in place since Algeria’s independence from France in 1962.

The unprecedented protest movement only suspended its rallies in March last year as the novel coronavirus reached the North African country.

Algeria is facing political and economic crises, with the pandemic adding to the woes of an oil-dependent economy.

On Tuesday, thousands of Algerian rallied in the northern town of Kherrata, where the first major protest erupted in 2019 against Bouteflika’s bid for a fifth presidential term.

Protesters demanded “the fall of the regime” and “the release of prisoners of conscience”.