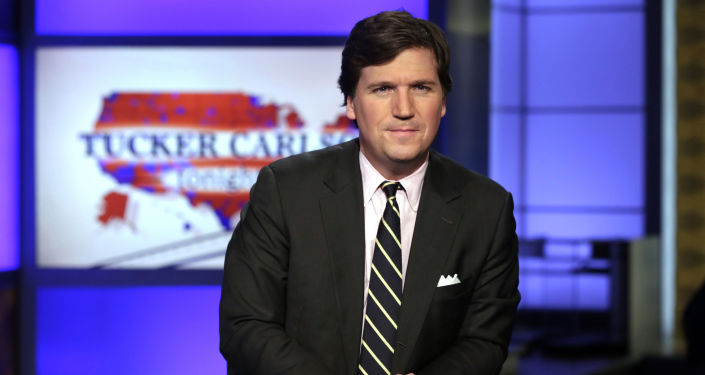 Fox News host Tucker Carlson recently found himself the focus of outrage on social media following news about his future.

In a 17 February press release, Fox announced that Carlson “will helm a regular new video podcast, as well as a series of in-depth specials on the channel’s on demand subscription-based streaming service Fox Nation, adding that he will also “continue to host his current programme, Tucker Carlson Tonight.”

“This is my twelfth year at FOX News and I’ve never been more grateful to be here. As other media outlets fall silent or fall in line, FOX News Media’s management has redoubled its commitment to honesty and freedom of speech. I consider that heroic at a time like this,” Carlson said.

As Carlson shared the news via his Twitter account, many social media users appeared less than thrilled by the development, some of them openly expressing hope that Tucker gets fired.

A number of netizens even appeared to brand the host as a “white supremacist.”

If you’re writing about Tucker Carlson’s massive promotion at Fox and it doesn’t mention:

You haven’t written a story. That’s a press release!

It makes sense Tucker Carlson would get his big promotion on the day Limbaugh died. When one white supremacist dies, another supremacist must take his place.

There were also those, however, who seemed to appreciate Fox’s move.

Your the man. Keep up the good fight Tucker💪💪💪

Switzerland Set to Vote in National Referendum on ‘Burqa Ban’