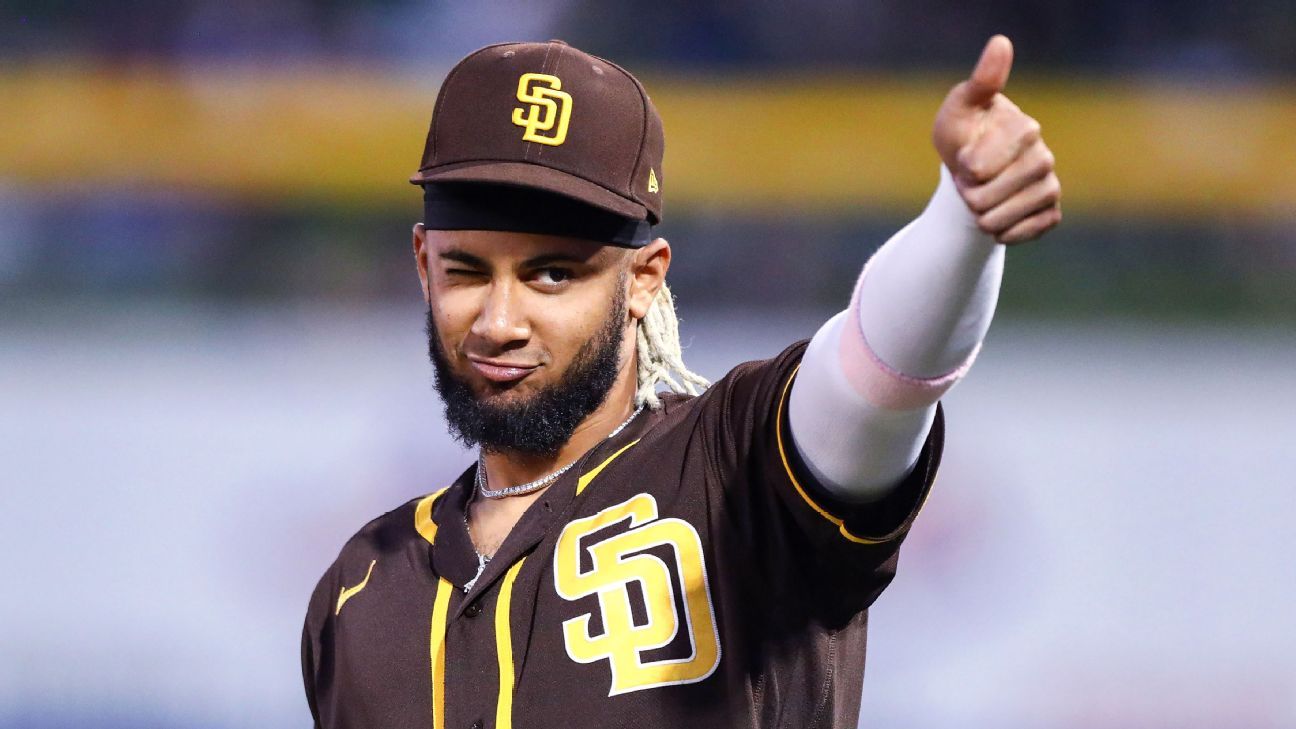 The names Michael Jordan, Tiger Woods and Wayne Gretzky were used in reference to a question about superstar shortstop Fernando Tatis Jr. on Thursday morning, hours after news spread about his mega-extension with the San Diego Padres.

“That’s a definite,” Tingler said. “I think the talent is undeniable. The more you’re around him, the organization, the scouts, the minor league guys, the major league coaches, his teammates — it’s just a consistent theme. His drive to win, his drive to improve.

“You look up and he’s videoing the Dominican, he’s still wanting to play ball, he’s working. He knows that there’s areas that he wants to attack and he continues to attack and work on, and those are some of the things that some of the guys you mentioned, whether it’s Jordan watching ‘The Last Dance’ and things like that — there’s hopefully some very common themes there.”

The 22-year-old Tatis agreed to a 14-year, $340 million extension with the Padres that has yet to be finalized, sources told ESPN on Wednesday. It’s the third-biggest deal in baseball history behind Mike Trout ($426.5 million) and Mookie Betts ($365 million), and it will be worth nearly $200 million more than the previous record for a deal executed before a player’s first year of arbitration, previously attained by Trout.

The excitement around the Padres, and what it signals about the direction of this upstart franchise, is already noticeable.

Tatis has yet to even register a full season’s worth of major league games, but he’s the first player in history with at least 35 home runs and 25 stolen bases within his first 150 career games. His talent, his flair, his personality and his ability to connect with English- and Spanish-speaking audiences have helped him secure major endorsements with companies like Gatorade and Adidas.

That he’s at the center of a Padres roster suddenly brimming with talent — featuring Manny Machado, Chris Paddack and the newly acquired Yu Darvish, Blake Snell and Ha-Seong Kim — only adds to Tatis’ mystique. The Padres reside in a relatively small market, but will soon join the New York Yankees as the only teams with two players possessing $300-plus million contracts.

Tingler can’t yet comment on the specifics of Tatis’ deal, which is still pending a physical, but his initial reaction was “pure excitement, happiness on a lot of fronts.”

“I think the easiest thing to see with him is his talent, and that’s on all aspects,” Tingler said. “The way he runs, the way he moves, the way he can hit for power, hit all directions, the work ethic, seeing him consistently improve in a lot of areas in the game, certainly defensively, and then the way he plays the game, with just such a fun spirit, the way his teammates view him, the way he treats other people — all those factors.

“Obviously, couldn’t be any more excited. Look forward to talking more detail about it a little bit later on, but there’s great excitement around here.”

2021 NFL draft: Pros and cons for every first-round pick