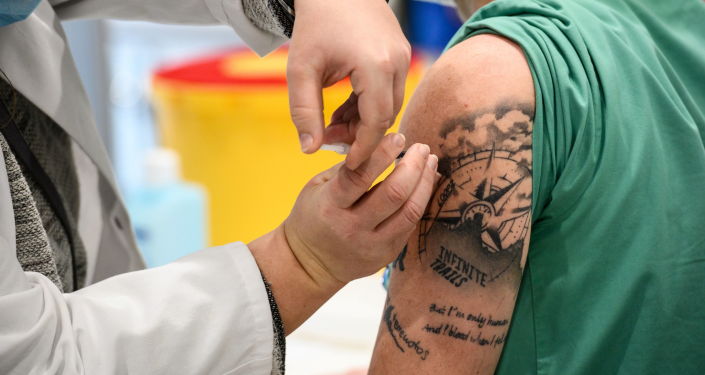 According to Gerolf Annemans, president of the ID European party, who represents Belgium’s Flemish Interest in the European Parliament, EU members states would have been better off if they had dealt with vaccine-related issues without interference from the European Commission.

Sputnik: In your recent speech, you said that the way that the European Commission approached vaccination against COVID-19 was a systematic failure rather than a strategic blunder. What exactly did you mean by that?

Gerolf Annemans: Well, I think, we can call it a fiasco now. It is a fiasco. So, what happened is that the European Union again showed that it is not necessarily better done when we do this together. Vaccination is, normally speaking, not a European or EU competence. It should be not part of the EU’s powers. Some member states have already launched their solutions – like the Netherlands and Germany, and they are way ahead, somehow comparable to the United Kingdom. But then they were blocked from Brussels. [President of the European Commission Ursula] von der Leyen said  “No, no, this should be done in the EU way”. And so, the religious belief in the EU-solution inspired all member states to follow this advice. So, they did as if it should necessarily be done by the European Union, which is not the case. In general, we should not allow the European Union to mess with our health care systems. It is not a EU competence, but we agreed that it should be under pressure of von der Leyen, and the EU club.

Such criticism of the European Commission’s policies, although present on the floor of the European Parliament, rarely makes it into the mainstream media. https://t.co/q026SIoBHn

​This is a religious belief – to think that these things that we do together are always better done by the European Union. I don’t take part in this religion, and I refuse to believe that it is necessary. So, the European Union now showed that it led to a fiasco. It took more time, it took more effort to get all member states in the same direction, et cetera. We lost essential time. And now the European Union is far behind – dramatically behind on the vaccine. So we have vaccine centres, ready to vaccinate people –  according to what the Belgian government says now, but we have no vaccines.  The finger should be pointed at the European Union and, again, we see now, that even[Former MEP and former Belgian Deputy Prime Minister] Mr.[Guy] Verhoofstadt – an EU-fanatic’ normally speaking, now says that it’s a fiasco – the vaccination strategy of the European Union, and that it should be called a fiasco, but, nevertheless, the conclusion is that “next time we should have even more power for the European Union to deal with health care issues”.

Sputnik: In a recent tweet you also mentioned that when it comes to vaccination, the European Union has fallen into its own trap of an “open borders” policy, and now the principle that your party – the Flemish Interest, has been promoting for decades -“our own people first”, is not a taboo anymore for the EU leadership. Do you think that with border closures and with stricter migration rules during the pandemic, the EU is moving towards the right in terms of politics, or is what we are witnessing a temporary situation?

Gerolf Annemans: Well, it’s not only a temporary situation in the meantime, in this case, they admitted it was a failure; they exchanged excuses and reversed this policy. It was very temporary – more like a one-day mistake. So we cannot hope that they will come back from the core of their “religion of open borders” and migration pressure. The migration pact that they are introducing now – the new migration pact, which is even worse than the Marrakesh Migration Pact, that will be promoted in the next month, they do not reverse that. On the contrary, corona didn’t inspire them to start working on closing borders, or controlling borders – no.  When we, in the first wave of pandemic, tried to introduce management of the borders, the management of travelling – it was the European Union that tried to prevent that. So, goals were to be able to transport essential goods, but in fact, also, keeping the migration waves in place, like we see in the Canary Islands: on a daily basis, planes fly Africans from there to the European Union. So, for the European Union, the core of their religion is not only cooperation. The core of their religion is migration, I would rather say. So, with open borders, we should not keep our hope that the European Union will be changing on that matter. On the contrary, they will become even more severe. Again, as with the vaccines – the medicine is increased, and not reversed. Normally you should learn from your mistakes, but they don’t. They keep stepping on the gas, increasing the way they misuse corona for enhancing their powers.

Australia and Singapore Reportedly In Talks Over Setting Up ‘Travel Bubble’