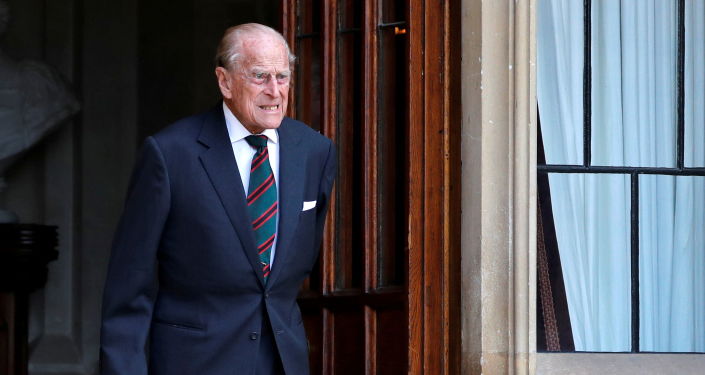 Britain’s anti-monarchy Republic campaign was slammed for publishing a “tasteless” clip under the “It’s Time” title on the same day the world learned that Prince Philip was admitted to hospital.

The group, which calls for the abandoning of the UK monarchy and its replacement with an elected head of state, unveiled a minute-long video on its YouTube channel on Wednesday.

The clip displays shots of the Queen, Prince Charles and Prince Andrew over dramatic music as a message with the video goes: “in a country where Royals reign, one group will defy the odds to abolish the monarchy. A campaign will become a movement. It’s time.”

There is no mention of the Duke of Edinburgh and the time overlap between the publication and the duke’s admission to the hospital can be counted as a coincidence, but royal commentator Richard Fitzwilliams told MailOnline that it was really not the best time for the video to get published:

“Republic’s new publicity video ‘It’s Time’ is hilarious,” the expert said. “It’s rather like a trailer for an extremely bad comedy as we see clips but only hear deafening music.”

Royal biographer Tom Bower called the clip not only “tasteless and counterproductive” but also “disgusting”.

Some YouTubers also rushed to point out that the anti-monarchy “trailer” was published on the day Buckingham Palace announced that the Duke of Edinburgh was in hospital.

After the video received broader coverage with the Daily Mail’s article, some netizens went on to comment that they were outraged by its content, while wishing Prince Philip a speedy recovery. But not everyone agreed that the clip had actually found a lot of backlash among viewers.

Fury? Only ones showing any “Fury” are the press.

The Republic campaign, which turned into a real pressure group in 2006, did not reply to the Daily Mail when approached for a comment.

However, the group’s CEO Graham Smith said on Twitter that the released video was just a result of his flirting with the “iMovie trailer feature” which he pulled in ten minutes “to see what our followers thought”.

“Had nothing to do with anything but the Mail turned it into a ‘fury’ story,” he wrote.

So I was playing around with the iMovie trailer feature and put what what I came up with in ten minutes on our YouTube channel to see what our followers thought. Had nothing to do with anything but the Mail turned it into a ‘fury’ story https://t.co/TVVrN7nCK6 via @MailOnline

​Prince Philip, 99, was admitted to private King Edward VII’s Hospital on Tuesday night as a “precautionary measure” at the behest of his doctor after “feeling unwell”, the Palace said in a statement on Wednesday.

The Duke of Edinburgh, who is anticipated to celebrate his 100th birthday in June, is expected to remain at the facility “for a few days of observation and rest”, the statement added, without giving any specific details about the royal’s health.

Sources told the media that the duke’s admission to the hospital was not an emergency and not related to coronavirus, as Prince Philip and the Queen were both vaccinated against COVID in January.