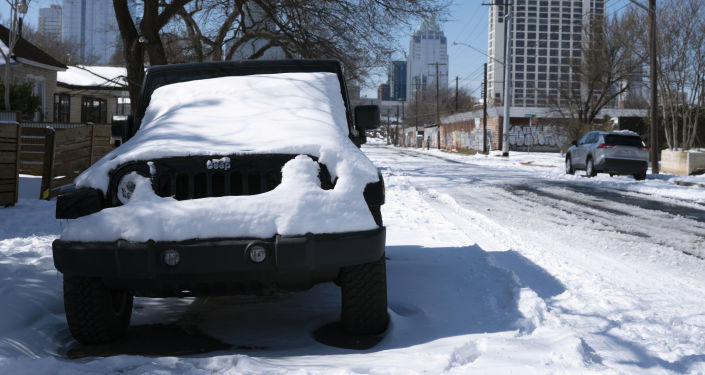 “Yeah, the weather is having an impact on distribution and deliveries… People are working as hard as they can given the importance of getting the vaccines to the states and to providers,” head of the White House COVID-19 Response Team Jeff Zients said during a briefing.

He added that in some areas, including Texas, which is experiencing historically low temperatures, vaccination sites “are understandably closed.”

“The US is encouraging governors and other partners to extend hours once they reopen,” he added.

“We want to make sure that as we have lost some time in some states… our partners do all they can to make up that lost ground,” Zients said.

Historically low temperatures were registered on Tuesday in 21 cities across the US including in the states of Nebraska, Iowa, Kansas and Texas. The deep freeze has battered the country’s south and heartland since the start of the week, leaving more than 20 people dead.

Guru Among Us: Sleepy Doggo Shows Its Best at Yoga Class

US Sentences Florida Man to 4.5 Years for Violating Venezuela Sanctions