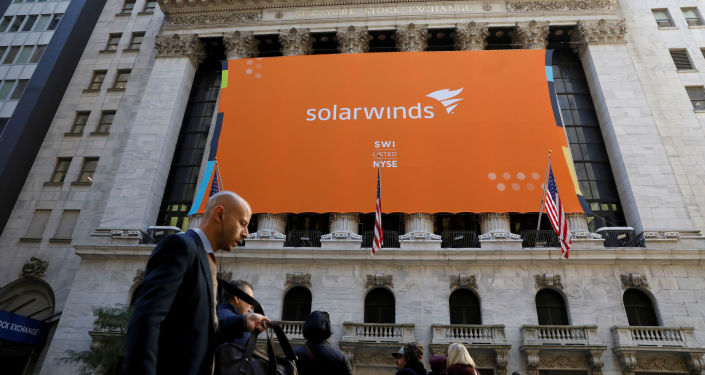 Anne Neuberger, the deputy national security adviser for cyber and emerging technology, reiterated during a Wednesday White House briefing that the US government continues to believe the SolarWinds hack was “likely of Russian origin.”

Although the investigation into the sophisticated hack is still ongoing and in its early stages, Neuberger indicated that as of Wednesday a total of nine federal agencies and roughly 100 private sector companies were compromised by the “broad and indiscriminate effort” by hackers.

Neuberger estimated that about 18,000 entities – many of which were technology companies – had downloaded the SolarWinds software update. She did not state whether a motive has been established by investigators.

Based in Austin, Texas, the SolarWinds tech company previously disclosed that up to 18,000 of its customers had been potentially affected by the security breach.

“This is challenging,” the White House adviser told reporters. “This is a sophisticated actor who did their best to hide their tracks – we believe it took them months to plan and execute this compromise.”

“It’ll take us time to uncover this layer by layer,” she added, telling a reporter that it may take “several months” before officials are able to get a better understanding of how far the hack expanded and who was involved.

Neuberger also stressed the SolarWinds hack was “more than an isolated case of espionage,” and that “the level of knowledge [hackers] showed about the technology and the way they compromised it truly was sophisticated.”

The adviser’s update on the matter came more than a month after several US intelligence agencies released a statement concluding that “an Advanced Persistent Threat (APT) actor, likely Russian in origin, is responsible for most or all of the recently discovered, ongoing cyber compromises of both government and non-governmental networks.”

At the time, officials indicated that they believed the hack was part of an elaborate initiative to gather intelligence on the US government.

Early accusations stemming from the SolarWinds hack were quickly linked to Russia as former US Secretary of State Mike Pompeo deemed Moscow was responsible. At the time, then-US President-elect Joe Biden stated he would consider imposing sanctions against Russia as punishment.

Russia has repeatedly rejected claims that it had any involvement in the massive hacking operation. Kremlin spokesperson Dmitry Peskov said early on that “any accusations of Russia’s involvement are absolutely unfounded and are a continuation of the kind of blind Russophobia that is resorted to following any incident.”

US officials anticipate additional compromises may surface amid the ongoing investigation. Neuberger also underscored that the Biden administration may soon take executive action to address any security “gaps” that come up within the probe.

Ex-President Donald Trump suggested that China rather than Russia may be responsible for the cyberattacks, adding that the scale of the cyberattacks had been exaggerated by the media and the situation was under control. Trump posted on his Twitter: “…discussing the possibility that it may be China (it may!). There could also have been a hit on our ridiculous voting machines during the election, which is now obvious that I won big, making it an even more corrupted embarrassment for the USA.”