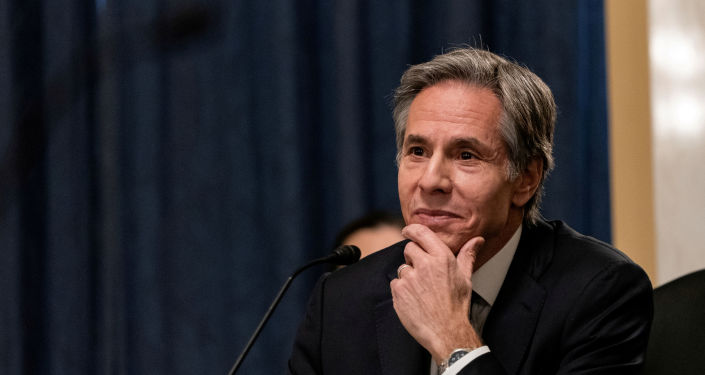 “The first step would be Iran returning to compliance. And President [Joe] Biden has been clear that if they do, we would do the same. The path to diplomacy is open right now. Iran is still a ways away from being in compliance. So we’ll have to see what it does,” Blinken told NPR.

Biden vowed to return to the nuclear deal abandoned by his predecessor Donald Trump for the sake of the maximum pressure campaign and use it as a base for further negotiations on outstanding issues, including Iran’s missile program and its clientele across the Middle East.

Blinken said that without the agreement Iran “is far closer to having the ability to produce fissile material for a weapon on short order than it was when the deal was in force.” He cited “published reports” suggesting that Iran may be three or four months from that point and is “heading in the wrong direction.”

“So I think we have an incentive to try to put Iran back in the nuclear box. Presumably, Iran still has incentives to get what it bargained for in the deal, which was some sanctions relief given the state of its economy. So I think there’s still interest on both sides… to do this,” he said.

Blinken added that the interest is shared by other major stakeholders, including European countries, Russia and China.

We’ll Strike If We Need To: Pentagon Chief Vows to Defend US Troops in Iraq in Wake of Recent Attack