US, Russia Could Reduce Strategic Arsenals by 1/3 in Future Deal, Ex-Official Believes 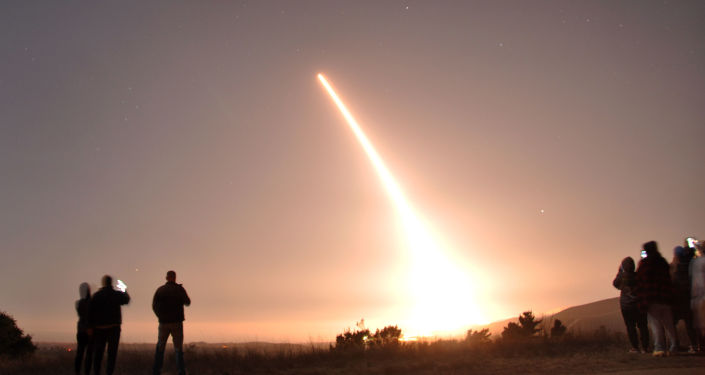 On February 3, the United States and Russia extended for five years the New Strategic Arms Reduction Treaty (New START), which limits each country to 700 missiles, 1,550 warheads, and 800 launchers. It is the last remaining agreement that limits US and Russian nuclear arsenals.

“I think future negotiations will try to lower those limits,” Stoffer, who is now an Associate Professor at the University of New Haven, said. “I think it might be possible to continue to try to find a way to make this more comprehensive in the future. I think the verification procedures probably won’t have to be changed all that much but what will be necessary for next steps is maybe to see if it’s possible to reduce [the arsenals] by 1/3. Both sides have informally talked about that.”

The current verification system and inspection procedures, he added, are innovative and open, which gave both sides confidence there has been no cheating.

Stoffer said hypersonic weapons, which reduce warning time and create greater instability, should also be included in any new treaty.

He warned, however, that there is currently no way to verify the location of tactical nuclear weapons.

“You need to have on-site inspection to see if there’s tactical nukes somewhere and some of them are so small that they can be easily hidden. I think the time will have to come when we’ll be able to monitor the gamma rays that come out of these weapons… to tell if a weapon is deployed anywhere on the planet,” he said. “When that’s possible, then it might be possible to ban tactical nuclear weapons… but we are so many years away from that, that’s not a practical goal to work towards.”

Another issue that Moscow and Washington will have to address is offensive anti-ballistic missiles (ABMs), Stoffer said.

“Right now the truth is anti-ballistic missiles don’t work that well,” he said. “The United States has had some successful tests. The Israelis have developed what they call an Iron Dome system for short-range missiles, but frankly, nobody still has developed a truly effective comprehensive anti-ballistic missile system, and that was the whole purpose of the ABM Treaty.”

He said the ABM treaty allowed both sides to maintain a strategic offensive capability, so neither would feel invulnerable and start a nuclear war.

Another problem, Stoffer added, was US deployments of long-range anti-ballistic missiles in parts of Europe to counter Iran. It may not be necessary if the US gets back into the Joint Comprehensive Plan of Action which would limit Iran’s ability to make a nuclear weapon, he explained.

Stoffer said the two countries should also address non-strategic nuclear weapons. He said it was a big mistake for the US to withdraw from the Intermediate-Range Nuclear Forces Treaty (INF) and expressed hope that it may be brought back into force.

Stoffer said he hopes the number of warheads is reduced every five years so that by 2050 or 2060 nuclear weapons are no longer an existential threat.

“For all of these things to take place we need to have a much better relationship between the Russian Federation and the United States,” he underscored.

Stoffer was not optimistic about China’s willingness to join a future strategic arms control deal given it has 300 warheads and the US and Russia have 1,550 each. Stoffer said Chinese President Xi Jinping would probably ask, “Why should I join in this party?”

“The leaders can talk about a future regime when the numbers would come down so significantly that it would be possible to include the other three permanent members of the Security Council who happen to be nuclear Powers: Britain, France and China,” Stoffer said.