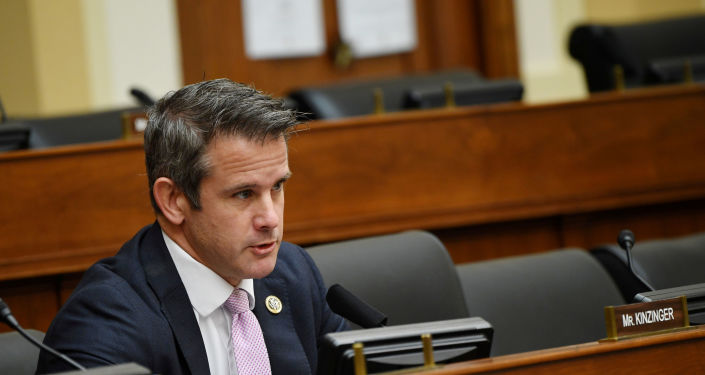 US Rep. Adam Kinzinger (R-IL) was recently disowned by multiple members of his family through a handwritten letter after the congressional lawmaker refused to support Trump, and instead voted in favor of impeaching the former commander-in-chief on the grounds that he incited an insurrection.

Obtained by the New York Times, the outlet reported the correspondence was dated January 8 – two days after the Capitol siege – and was addressed to Kinzinger’s father to ensure the lawmaker would receive it. The letter was authored by Karen Otto, Kinzinger’s cousin, and signed by 10 other family members.

“Oh my, what a disappointment you are to us and to God! We were once so proud of your accomplishments! Instead, you go against your Christian principles and join the ‘devil’s army’ (Democrats and the fake news media),” reads the letter.

“How do you call yourself a Christian when you join the ‘devil’s army’ believing in abortion! We thought you were ‘smart’ enough to see how the left is brainwashing so many ‘so called good people’ including yourself and many other GOP members. You have even fallen for their socialism ideals! So, so, sad!”

The letter later notes the former president “is not perfect,” but that he remains a Christian man, and as such “it is not for us to judge or be judged.”

“You won’t convince us otherwise with your horrible, rude accusations of President Trump! (To embrace a party that believes in abortion and socialism is the ultimate sin.)” Otto continues before underscoring that “it is now embarrassing to us that we are related to you.”

“You have embarrassed the Kinzinger family name!”

In a bid to drive the point even further, Otto adds a postscript that reads, “for your information, many more family members feel the same as we do. They just didn’t have the courage to sign our letter or write their own letter! Not us, we are thoroughly disgusted with you!! And, oh by the way, we are calling for your removal from office!”

Additional copies of the letter were delivered to various Republican members of the state’s congressional delegation. When the Times reached out to Otto about the letter, she explained that she “wanted Adam to be shunned.”

Kinzinger initially told the Times that some of his family members were suffering from “brainwashing” by conservative churches, but that he did not hold anything against those individuals. He later touched on the topic via Twitter, writing it’s “more sad that someone would be willing to choose a man over family. And sad that it’s happening to so many.”

Having become a staunch Trump critic, Kinzinger recently launched a political action committee aimed at challenging the Republican Party’s acceptance of Trump, a move that may leave the future of his political career in doubt.

Incidentally, after voting in favor of impeaching Trump during the congressional proceedings, Kinzinger was censured by the LaSalle County, Illinois, Republican Central Committee and the Iroquois County GOP. Both make up just two of the 16 counties in Kinzinger’s 16th Congressional District.