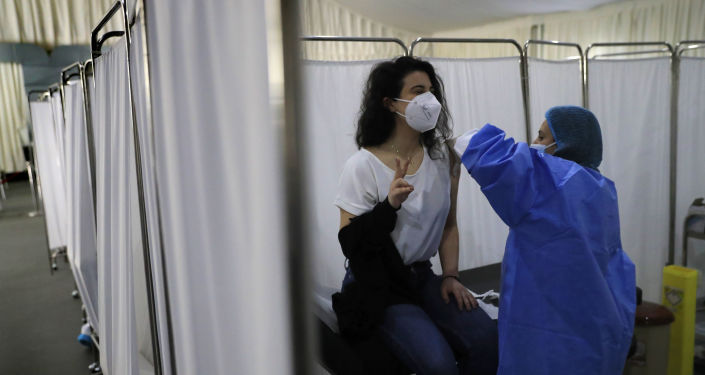 “Global vaccination coverage is essential to beating coronavirus. That is why the UK is calling for a vaccination ceasefire to allow Covid-19 vaccines to reach people living in conflict zones and for a greater global team effort to deliver equitable access. We have a moral duty to act, and a strategic necessity to come together to defeat this virus,” Raab is expected to say.

According to excerpts of his speech released in advance to the press, the UK foreign secretary will also use the UK’s presidency of the Security Council this month to warn members that allowing the virus to spread in areas without vaccination campaigns means a greater risk of new variants taking hold and further waves sweeping the world.

In an online briefing with London-based foreign correspondents ahead of Wednesday’s meeting in New York, the UK permanent representative to the United Nations, Barbara Woodward, said that addressing vaccine access in conflict zones should be in the interest of all countries because “no one is safe until every one is safe.”

“Our plans at the UN Security Council tomorrow aim to give practical effect to that ambition, to agree a way to deliver vaccines from the laboratory into people´s arms in some of the least accessible parts of the world, those affected by conflicts,” Woodward said.

Woodward said that more than 160 million people worldwide are at risk of being excluded from coronavirus vaccination because of instability and conflicts.

She recalled that vaccination ceasefires have been used in the past, citing the example of Afghanistan, where a two-day pause in fighting in 2001 gave 35,000 health workers and volunteers the opportunity to vaccinate 5.7 million children under five against Polio.

As to who should be responsible for vaccinating populations in conflict zones, the UK ambassador said that governments must make sure that refugees and displaced people are included in their national vaccination programs, adding that vaccines can be provided by UN agencies, the Red Cross and other organizations where necessary.

Woodward also highlighted that the UK is one the largest donors to the COVID-19 Global Vaccine Access initiative by committing £548 million ($762 million) in UK aid to help distribute 1.3 billion doses of coronavirus vaccines to 92 developing countries this year.