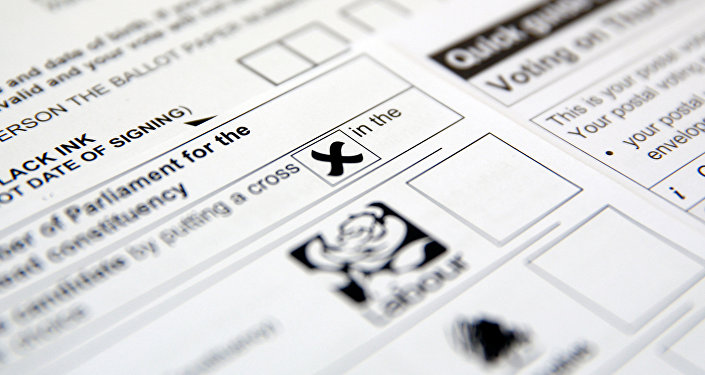 The British Labour Party could include electoral reform in its next manifesto after party activists called for an end to the UK’s first-past-the-post (FPTP) electoral system on Wednesday.

Over a quarter of local Labour branches voted to urge leader, Sir Keir Starmer, to end the party’s historical support for FPTP and back replacing it with a proportional representation system.

With Labour set to form a constitutional commission to look into reforming the party’s approach to the union in Spring, activists are putting pressure on the leadership to pursue electoral reform.

According to reports quoting an unnamed party source, the commission is likely to consider including changing the voting system. The source also said it would be “weird” for electoral reform to be “off-limits” as part of extensive constitutional analysis.

More than a quarter – 166 out of 648 – constituency Labour Parties have passed motions demanding a move to proportional voting, with 45 motions carried in 2021 already. Members are urging Sir Keir to follow through with his leadership election promise to “address the fact that millions of people vote in safe seats and they feel their voice doesn’t count. That’s got to be addressed by electoral reform”.

In its present form, the various parties – Conservative, Labour, Lib-Dem, Green etc – field candidates to stand in each of the 650 constituencies. The candidate with the highest number of votes wins the constituency and that represents a seat in Parliament for the relevant party. The party which then wins the most seats is invited to form a government. Proportional representation, on the other hand, takes account of all the votes cast and allocates seats according to how many votes each party received. Recently, there has been a move on all sides to consider proportional representation – for example in the 2015 general election, the United Kingdom Independence Party received about 4 million votes nationwide but only won two seats whereas the Scottish National Party won about 1.5 million votes and won 56 seats.

Traditionally, the two largest parties – Conservative and Labour – have benefited from the FPTP system as it means the electorate tends to vote tactically for the party best-placed to win in their specific constituency. This often leads to majority governments as opposed to the rainbow coalitions in proportional systems, but also means that governments can win landslides with a very low percentage of the votes.

In the 2019 general election, the Conservative Party won a majority of seats (56.2 percent) on just 43.6 percent of the vote. They also saw a 1.3 percentage point increase from their vote share in 2017 but received a massive 7.4 percentage point rise in seats. But perhaps the most invidious example of tactical voting was in 1997 when Labour achieved a landslide of 418 votes (63.4 percent) having been voted for by only 43.2 percent of the electorate.

Labour has haemorrhaged votes to the Liberal Democrats and Greens in recent years, which has been demonstrated in less representation.

Smaller parties such as the Lib-Dems have historically underperformed their percentage of the vote in terms of seats won.

Although the Conservatives would still have emerged as the largest party, the result would have maintained a hung parliament rather than the overwhelming Tory majority at present supporting Prime Minister Boris Johnson’s Brexit-centric manifesto and pandemic-centric performance.

In fact, there would have arguably been a majority for parties which supported a second referendum as Labour, Lib-Dem, Green, and the Scottish Nationalists would have accumulatively had 32 more seats than their Brexit-backing counterparts.

​Likewise, in 2015 the Conservatives won a majority while only securing 36.9 percent of the vote. Under a proportional system, UKIP would have become the third-largest party.