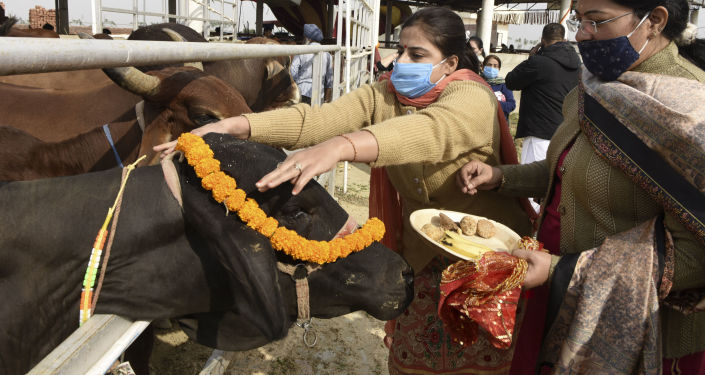 India’s top education board, the University Grants Commission (UGC) has written to the heads of all universities to encourage students to take part in the forthcoming “cow science exam” on 25 February.

Organised by central government’s Rashtriya Kamdhenu Aayog (Cow Commission), a national body set up for the promotion of animal husbandry, the exam has provoked criticism for outrageous claims made in its prospectus.

The Commission had to remove some parts of the study syllabus after being criticised for strange claims such as that cow dung is used as protection against radiation in nuclear centres in India and Russia. It also mentioned that cow slaughter and earthquakes are linked to each other and even that there are traces of gold in Indian cow’s milk.

This institution was once chaired by the man whose birthday is India’s Teachers’ Day. Today it’s asking universities to teach how eating beef causes earthquakes and that Indian cows have literal gold in their milk.

This isn’t satire. This country is.https://t.co/xe73wJ2TzQ

The Cow Commission was compelled to remove some parts of the curriculum after a backlash from the public.

The revised study syllabus, however, still continues to promote the idea that cow urine is a “great elixir, proper diet, pleasing to the heart, a giver of mental and physical strength which will make you live longer.”

It also suggests that Indian cows have unique features such as a hump on their back, which has special power to absorb the sun’s energy with the help of “a solar pulse” in the hump.

What Lies Beneath Our Feet? Scientists Change Our Understanding of Earth’s Inner Core

Germany, US, UAE Pledge Over $2.5 Billion for Syrian Humanitarian Efforts