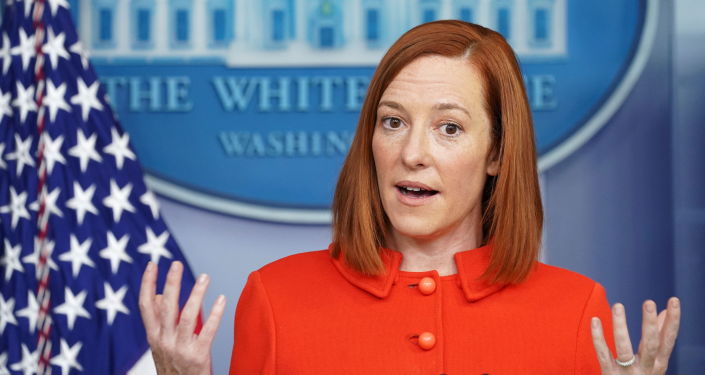 White House Press Secretary Jen Psaki has answered some questions she received on social media in a video posted on Twitter.

During the impromptu Q&A session, Psaki broached a variety of subjects, such as the nature of the so called “American Rescue Plan” – a $1.9 trillion stimulus package proposed by US President Joe Biden – the COVID-19 vaccination in the United States, and even an issue as “controversial and divisive” as “pineapple on pizza.”

“That’s gross. I’m not for that. I’m for green peppers and onions,” Psaki replied to the latter inquiry. “But everybody has their different point of view. We’re here to accept everybody’s pizza views.”

I’ve gotten a ton of great questions on Twitter since our last video, so I took some time to answer a few more here. We covered a lot of ground — from what we are doing on vaccines, to how @POTUS is helping small businesses, to an update on Major and Champ. pic.twitter.com/X9P48csp9S

​Towards the end of the video, Psaki responded to the question “Will we ever get back to normal?” by saying her family and neighbours ask her that all the time.

“The president’s focus is on reopening schools, on getting shots in people’s arms, in making sure that we are providing more information publicly about what people can do to keep themselves safe — and we listen to health and medical experts here – and they say that it’s going to take some time,” she said.

Investigators Find Cause of Tiger Woods Crash, Details Yet to Be Revealed

People Inoculated With Russian COVID Vaccine May Be Permitted to Travel Across Europe, Reports Say