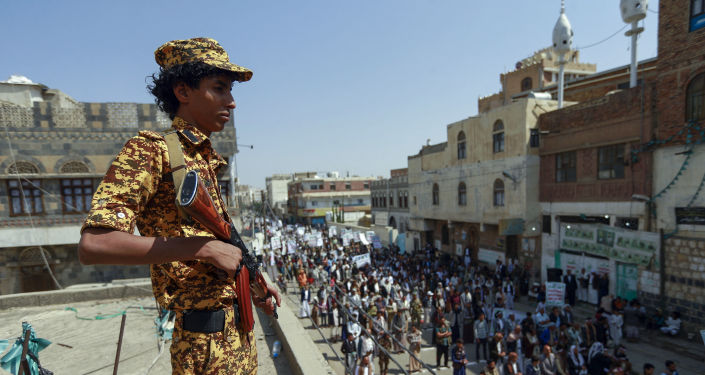 According to Al-Ekhbariya state-run broadcaster, the drone was heading toward Saudi Arabia’s southwestern city of Khamis Mushait.

Over the recent days, the movement has stepped up its attacks on Saudi Arabian settlements and facilities. The Houthi military on Monday claimed responsibility for drone airstrikes on two international airports in the Saudi cities of Jeddah and Abha.

Yemen has been engulfed in an armed conflict between the government forces led by President Abd Rabbuh Mansur Hadi and the Houthi rebels since 2014. A coalition of states led by Saudi Arabia launched a military operation to support the internationally recognized Hadi government in 2015. The Houthis continue to maintain control over a vast part in the north of the country, including the capital of Sanaa.