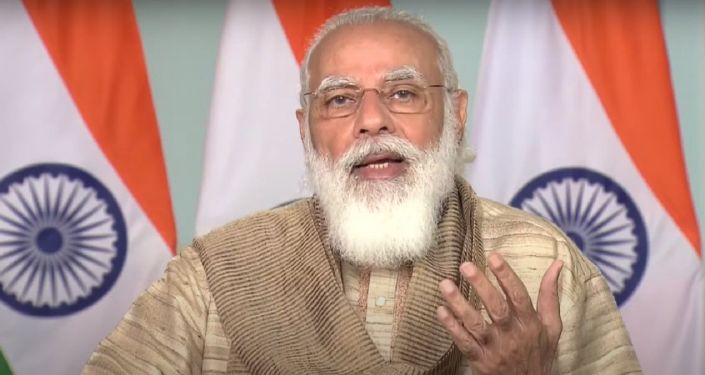 Prime Minister Narendra Modi on Wednesday lauded the Indian IT industry for registering a growth of 2.3 percent – as well as a revenue of over $4 billion – despite the pandemic-induced global economic crisis.

“When the chips were down, your code kept the world running,” PM Modi said via video link while addressing an event organised by Indian tech body the National Association of Software and Service Companies (NASSCOM).

The PM added that the Indian IT industry’s growth during such a hard period is a sign of its potential.

Talking up the vision of a self-reliant India, Modi highlighted that the Indian government supports the digitalisation of various sectors, while keeping in mind national security concerns.

Citing the Indian Space Research Organisation (ISRO) recently announcing that the country will soon have its own alternative to Google Maps, Modi said that the government is exploring more sectors to liberalise so that a self-sufficient India achieves its target of being a $5 trillion dollar economy in the near future.

​As part of the two-day NASSCOMM summit, industry leaders revealed that India’s IT sector contributed eight percent – relatively speaking – to the national gross domestic product (GDP), despite the COVID pandemic. The Finance Ministry said India’s GDP is otherwise estimated to have contracted by 7.7 percent during the financial year 2020-21.

From April to September last year, the IT sector also added roughly around 52 percent (relatively) in service exports as well as 50 percent in total foreign direct investment from companies like Google, Apple, and Facebook, among others, that poured around $25 billion into India’s economy last year.

PM Modi has urged tech leaders to innovate, especially in the education and health sectors while reinstating that start-ups and young entrepreneurs from India must make the most of opportunities around the world.