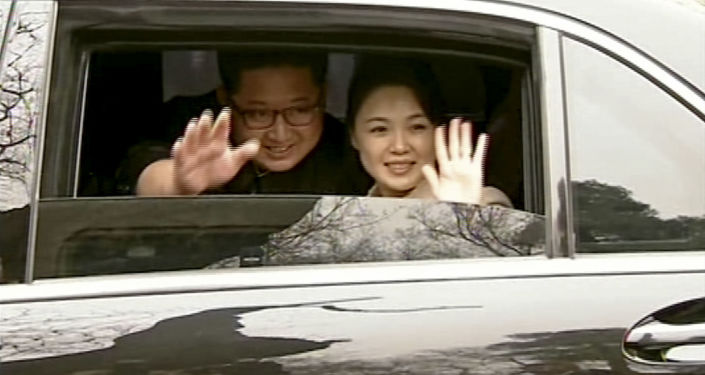 #breaking Ri Sol Ju, wife of North Korean leader Kim Jong Un, makes what appears to be her first public appearance in a year, attending an art performance in Pyongyang. South Korea’s NIS believes she is well and may have avoided appearances as a COVID-19 precaution. (KCNA images) pic.twitter.com/f73kT54OnF

The event, held at Mansudae Art Theater in Pyongyang on February 16, comes as the first public event for Ri since accompanying her husband to a Lunar New Year celebration in January 2020.

Yonhap News Agency highlighted that South Korea’s National Intelligence Service believes Ri has dialed back her public appearances due to the novel coronavirus.

The state intelligence agency also stated that “no unusual signs have been detected” and said Ri appears to be spending more time with her family. Kim and Ri have at least one child together.

Hong Min, director of the North Korean research division at Korea Institute for National Unification, also told the Daily Star late last month that COVID-19 may be the motivation behind Ri’s disappearance from the public eye.

“[Her disappearance] could be due to Covid-19 … As a mother with young children, participating in public activities risks potential infection,” he highlighted.

Time’s Up: Netanyahu Needs a Miracle to Form a Government by Midnight But Will It Happen?