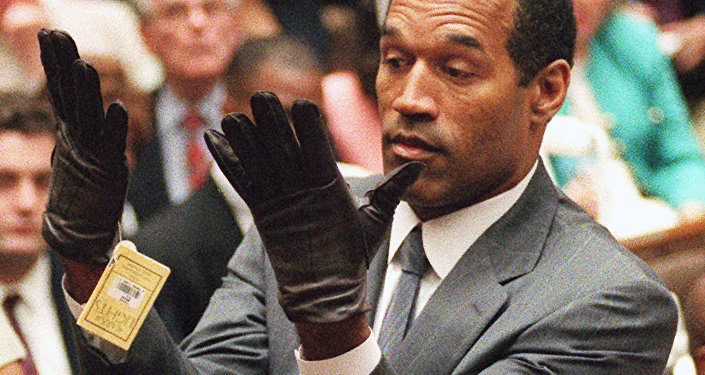 Johnson was filmed making an awkward OJ Simpson reference on Wednesday as he struggled to put on a pair of gloves during a visit to a coronavirus vaccination centre.

As he struggled to put on gloves that were too small, Johnson compared himself to a former US football star OJ Simpson, who was acquitted in 1995 of the murder of his ex-wife and her friend.

​While some took Johnson’s comment as a distasteful, bad joke, others found it quite humorous. Social media filled with comments and reactions, triggering the trend of “OJ Simpson.”

For someone who doesn’t know how to comb his hair, don’t ask for too much.

​When OJ Simpson was on trial in 1995 for the murder of his former wife, part of his defence argued he couldn’t get his hands in a pair of gloves found at the scene because they were too small for him. This prompted Simpson’s lawyer to say:

“If it doesn’t fit, you must acquit.”

Many found the PM’s joke to be in poor taste, given the rising death toll of Covid-19 patients in the country. As of 17 February the number of deaths of people who had had a positive test result for COVID-19 and died within 28 days of the first positive test, is close 119,000.

The Weeknd Boycotts the Grammys After His Album Excluded From Nominations

‘Fix the Problem You Created’: Biden Slammed for Thanking Migrants for ‘Choosing US’ in Video