Mars landings that did (and didn’t) go to plan 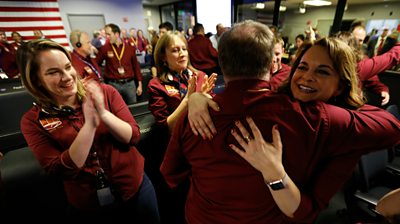 There will be two attempts to land on Mars in 2021 – by Nasa and the China National Space Administration.

Nasa’s Perseverance is scheduled to touch down on the Martian surface on February 18.

If successful, it will be the biggest and most sophisticated vehicle ever sent to land on another planet.

China’s Tianwen-1 will attempt a similar feat in May.

The USA and the former Soviet Union are the only countries to successfully land on the red planet, though more have sent spacecraft to enter Mars’ orbit.

Science Reporter Laura Foster looks back at 60 years of successes and failures.

Who should stop dancing to be taken seriously? – Garth Crooks’ team of the week