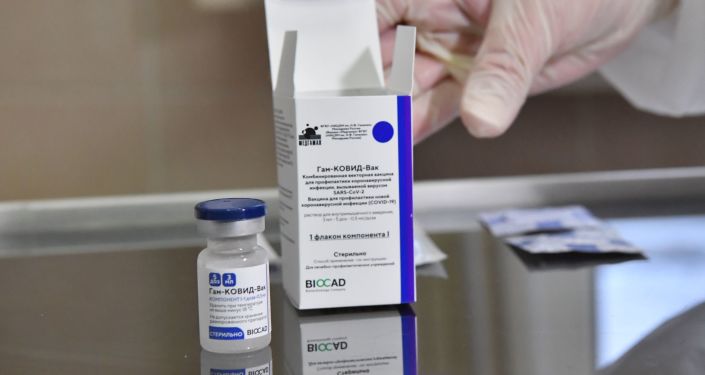 “The joint production with Russia is on the agenda in line with the consultations held between the Ministry of Health and the Food and Drug Organization of Iran. The details of the joint production of the Sputnik V vaccine in Iran will be announced soon. However, we hope that this will be implemented in less than two months,” Sadat Lari said.

On 9 February, Iran embarked on the coronavirus immunization campaign with the rollout of the Russian-made vaccine.

Earlier in February, Iran’s ambassador to Russia, Kazem Jalali, said that Tehran and Moscow reached an agreement to jointly produce the Sputnik V vaccine. According to Iranian Health Ministry spokesman Kianush Jahanpur’s statement in late January, Iran and Russia might work together on exporting Sputnik V to third countries.

Iran is also developing several domestic vaccines against COVID-19, including one jointly with Cuba. Tehran aims to start the production of homegrown vaccines by the summer.

Sputnik V, developed by the Gamaleya Epidemiology and Microbiology Center and registered by the Russian Health Ministry on 11 August, was the world’s first vaccine against the novel coronavirus. The vaccine shows 91.6 percent efficacy and is 100 percent effective against severe complications. The vaccine consists of two components that are applied to a person within an interval of 21 days.

What to Expect in 2021 Budget as UK Gov’t Aims to ‘Tackle Virus, Protect Jobs’