‘If You Attack Our Cities We’ll Attack Yours’, Hezbollah Warns Amid Massive Israeli Air Force Drills 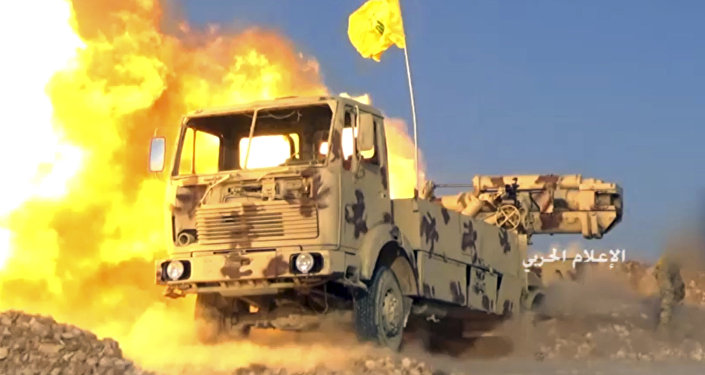 Hezbollah is not interested in starting a conflict with Israel, but will resort to a fiery response if attacked, Hassan Nasrallah, the Lebanese militia and political movement’s secretary-general, has warned.

“We are not looking for a confrontation but we do not forget the blood of our martyrs,” Nasrallah said in an address on Lebanese television on Tuesday. “But should a confrontation take place, we will engage in it. I warn that even the game of ‘a few days of fighting’ will be a dangerous game for the Israelis and would lead them to undesirable consequences.”

“Should war erupt, Israelis will see events they haven’t witnessed since Israel’s inception. So, stop playing with fire. We are in the Resistance Era,” Nasrallah added.

Accusing Tel Aviv of acting outside international law and of blindly “destroying cities and killing civilians in all its wars”, Nasrallah warned that if war does break out, Hezbollah would resort to in-kind retaliations. “If Israel bombs cities in Lebanon, we’ll bomb cities in Israel, and if it bombs villages in Lebanon, we’ll bomb towns in Israel. If the IDF bombs our military targets, we can also attack Israeli military targets,” he said.

The Hezbollah chief’s comments came after the wrap-up of 60 straight hours-worth of drills by the Israeli Air Force, with the exercises, dubbed the ‘Galilee Rose’ taking place between Sunday and Tuesday, and involving about 85 percent of the IAF’s personnel, including pilots, technicians, and reservists. The drills were based on the premise of a hypothetical Hezbollah missile attack on an IAF fighter, and invoked shock and awe-style attacks on targets in Lebanon, including bridges, power plants and airports. The drills also included training for concentrated strikes on over 3,000 Hezbollah targets over a 24 hour window, and air defence training against Hezbollah rocket attacks on Israeli military bases and cities.

Hezbollah and Israel have engaged in dozens of skirmishes on the Lebanese-Israeli border in recent years, and fought a major war in 2006, which saw the Lebanese militia fighting the IDF into a stalemate before a United Nations-brokered ceasefire was signed. Iran later revealed that it provided advisory assistance to Hezbollah, with Revolutionary Guards Quds Force commander Qasem Soleimani personally taking part in the 33-day conflict. Despite vast superiority in equipment and troops, Israeli forces faced higher-than-expected losses in in brutal street fighting with the Lebanese militia.

Since the war, Hezbollah is thought to have amassed a large arsenal of tactical rockets, and at least several dozen ballistic missiles, including the Fateh-110 – an Iranian-made road-mobile surface-to-surface missile. Israel has developed a range of anti-missile systems to defeat these systems, including the Iron Dome, but the effectiveness of these systems has been questioned. In 2013, an analysis of the 2012 Israeli operation in the Gaza Strip discovered that less than a third of the projectiles fired into Israel by Gaza militants were successfully intercepted by the system.