Bill Gates Admits He is ‘Not a Mars Person’ 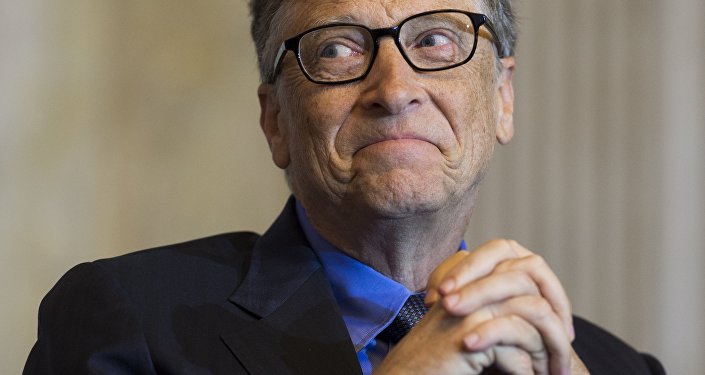 Microsoft co-founder Bill Gates does not share Elon Musk’s ambition to send a million earthlings to Mars by 2050 on shiny SpaceX rockets. Quite frankly, he is really not into the Red Planet, the billionaire philanthropist confessed during Kara Swisher’s ‘Sway’ podcast.

“No, I’m not a Mars person. I know a lot of Mars people,” Gates said, when asked about the space travel initiatives of his ‘pals’ from the billionaires’ club – Elon Musk and Jeff Bezos.

“I don’t think rockets are the solution. But maybe I’m missing something there,” the business magnate added, telling the podcast host that buying a ticket to space is not on his wish list.

Instead, Gates pondered, he was more interested in spending money on vaccines.

“I’m not going to pay a lot of money because my foundation can buy measles vaccines and save a life for $1,000,” Gates said. “Anything I do, I always think, ‘OK, I could spend that $1,000 buying measles vaccine.'”

The Bill & Melinda Gates Foundation has been investing millions on research and development of measles and COVID jabs – something that has provoked a stream of conspiracy theories about the tech mogul’s efforts to “microchip” everyone on the planet in a bid to control their mind.

Gates, who came to the show to promote his new book “How to Avoid a Climate Disaster” and talk about ‘green’ efforts, wasn’t prepared to get involved in discussing these speculations. But he had some nice things to say about Elon Musk over the entrepreneur’s bid to make “the easy stuff, like passenger cars” more environmentally friendly with his clean energy Tesla venture.

“It’s important to say that what Elon did with Tesla is one of the greatest contributions to climate change anyone’s ever made,” Gates said. “Underestimating Elon is not a good idea.”

These high remarks may come as a surprise to many as Gates and Musk have traded some blows in the past – the Microsoft co-founder advised the chief executive of SpaceX not to “confuse areas” of expertise in relation to his “outrageous” comments about the COVID-19 pandemic. Musk retaliated by dubbing the legendary software developer a “knucklehead” while appearing at Swisher’s podcast back in September.

According to Bloomberg Billionaires Index, Gates still has significantly less to invest in his dream initiatives than Musk and Bezos, who have been fighting for the title of the world’s richest man since the start of the year. Both mavericks are well-known space enthusiasts who are yearning to colonise the solar system and arrange commercial trips to space on reusable rockets developed by their competing businesses SpaceX and Blue Origin.

Bezos’ aerospace company has been successful in this regard and, unlike Musk’s brainchild, has not sent any humans to orbit yet. But after Bezos announced that he will resign as chief executive of Amazon this year, he will now have more time to look at the starry sky – and work on his “humans in space” project, many predict.