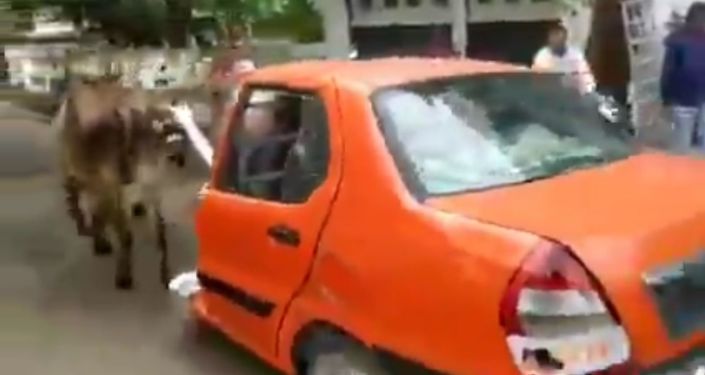 On Wednesday, the price of petrol hit a historic high at $1.4 approx per litre in some Indian states including Maharashtra, Madhya Pradesh, and Rajasthan. It comes after fuel rates were hiked for the ninth day in a row in the country.

Many Indians reacted by aiming jokes at PM Modi’s government.

While some people posted funny videos of alternate transport powered by ropes and bullock-drawn carts, one particular image of a man from Bhopal city celebrating record petrol price dressed as a cricketer went viral.

​The government has previously argued that global crude oil prices have increased by over 50 percent to $63.3 per barrel since October 2020, forcing oil retailers to increase pump prices.