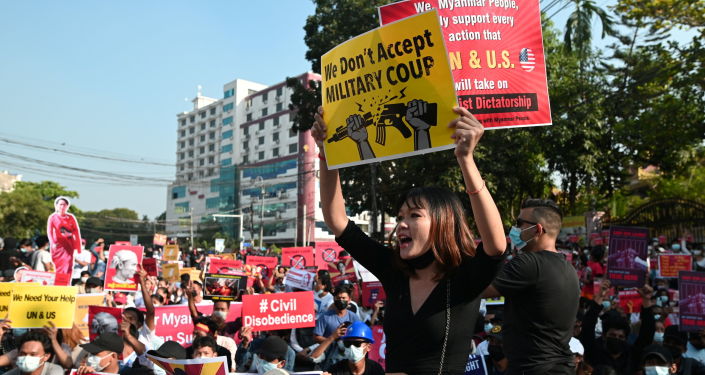 Live from Yangon as protestors are holding a new rally against the military coup in Myanmar.

Earlier in the month, Myanmar’s military overthrew the government and declared a year-long state of emergency hours before the newly-elected parliament was due to convene. State Counsellor Aung San Suu Kyi and President Win Myint, along with other top officials accused of election fraud, have been placed under house arrest. The events have sparked international condemnation as well as domestic protests across Myanmar.

A Foolish Dog Barks at a Flying Bird