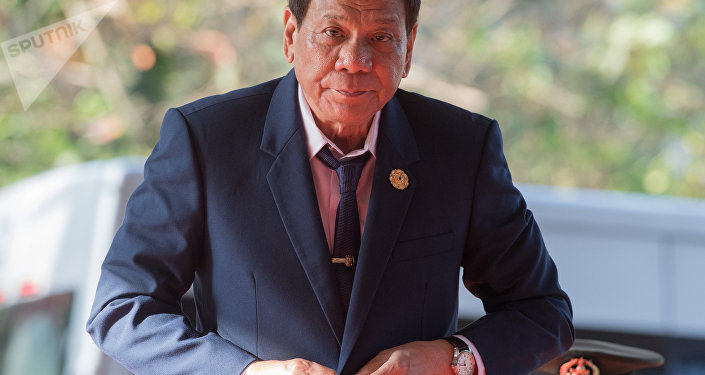 The president of the Philippines – Rodrigo Duterte – has opted to receive his COVID-19 vaccine shot in public, local news website Rappler reports.

Presidential Spokesman Harry Roque reportedly said during a press briefing that Duterte is doing it to encourage Filipinos to do the same, as they’re “waiting for a signal on whether or not they should get vaccinated.”

“I think the President has said that he will now have himself vaccinated publicly. He only has to announce when it will be done,” Roque explained.

Previously, Roque stated that Duterte was going to get vaccinated in private because the jab would be administered into his buttocks.

At the time, Roque pointed out that the president would follow the example of Queen Elizabeth II and her husband Prince Phillip, both of whom received their shots in private.

The spokesman, however, did not say if Vice President Leni Robredo was following the president’s lead to promote the vaccination drive. Roque said he’ll let the Health Department release any information on the matter.

Only 32 percent of Filipinos are willing to get vaccinated against COVID-19, the media outlet notes citing a Pulse Asia survey conducted from November to December 2020.

Commenting on Duterte’s previous vaccination plans, Dr Tony Leachon, former special adviser to the National Task Force on COVID-19, noted that convincing the public to get vaccinated is a “big challenge,” and that Duterte choosing to get his jab in the buttocks “instead of the deltoid area like other world leaders is rather “unfortunate.”

The big challenge is to convince the public to get vaccinated. It’s unfortunate Pres. Duterte has chosen his buttocks to be site for vaccination instead of the deltoid area like USJoe Biden, Indonesian Pres. Joko Widodo Singapore PM Lee Hsien Loong. It would be very inspiring ! https://t.co/jejSHfOnv9

‘Where Are You?’: GOP Senator Graham Blasts AOC for Not Visiting Southern Border Amid Migrant Influx