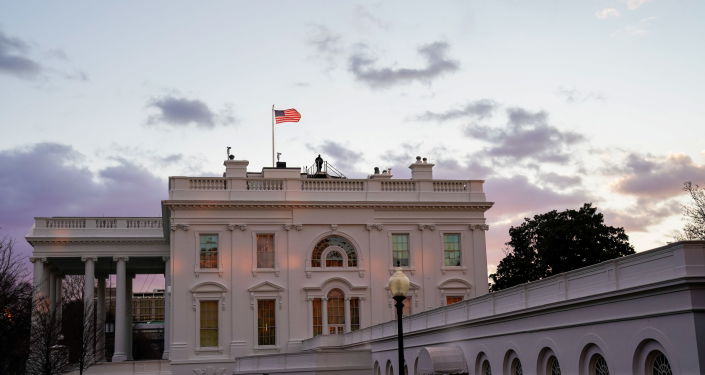 A woman, who has been identified as Sylvia Hall, is one of two people who were arrested on weapons charges near the White House on Saturday, the Secret Service has revealed.

The pair came up to uniformed agents stationed at the intersection of Pennsylvania Ave. and 15th St. NW at around 5:40 PM, a spokesperson for the federal organisation told ABC News on Monday.

One person, who still remains unnamed, was immediately detained after telling the officers they were in possession of a BB gun.

“During the course of the encounter and subsequent arrests, the individuals posed no immediate danger to any Secret Service protectee,” a spokesperson told ABC.

“One of the individuals disclosed the possession of a weapon and was immediately detained and the second individual disclosed the location of an additional weapon in a vehicle nearby”, they added.

According to The Hill, citing a report from D.C. Metropolitan Police, the two people told police personnel that they “were there to meet with the president of the United States and had a letter to deliver to him”.

While President Biden was not at the White House when the arrests took place, having left Washington for Camp David on Friday, this comes just a month after the Capitol Building was stormed by pro-Trump demonstrators in an effort to prevent the confirmation of Biden’s victory in the 2020 election.

Netanyahu: ‘Best Friends’ Should Know Israel Will Not Be Obligated by Iranian Nuclear Deal