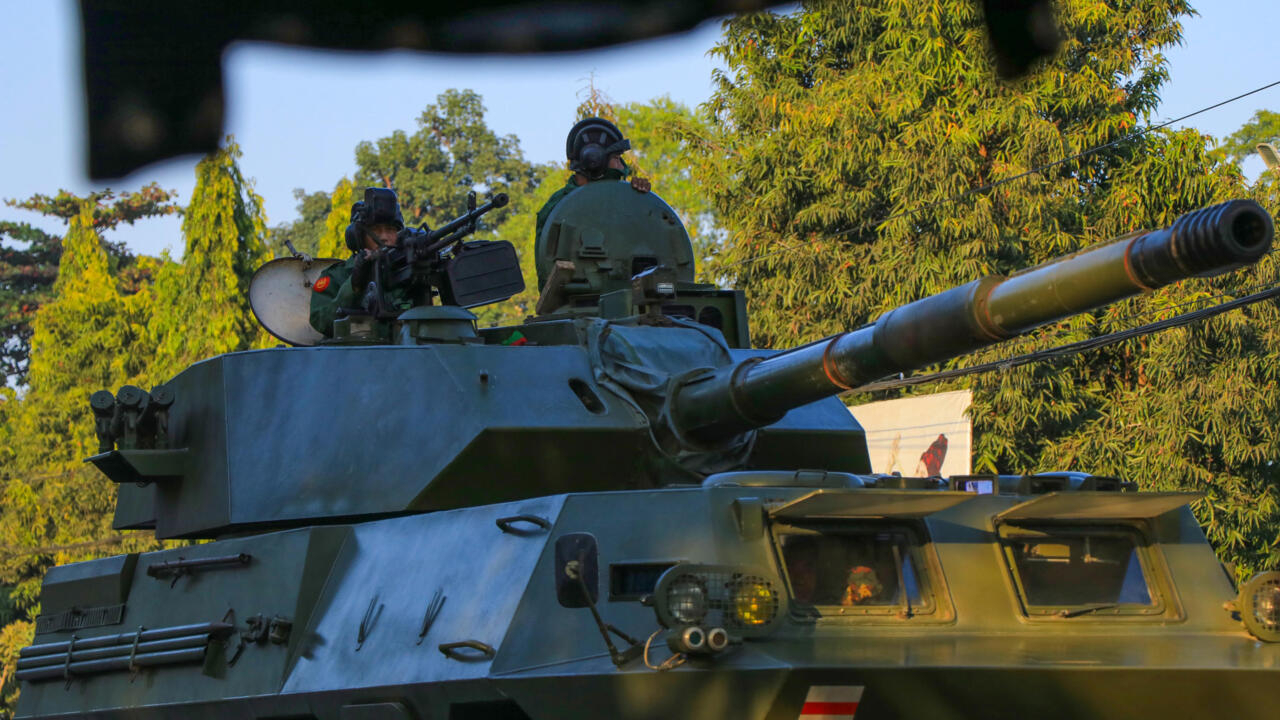 A torrent of anger and defiance has brought tens of thousands of people out in nationwide rallies demanding the country’s generals relinquish power.

Demonstrations have so far largely been peaceful, but police have used tear gas, water cannon and rubber bullets on protesters—with isolated reporters of live rounds being fired at crowds.

With teachers, bureaucrats and air traffic controllers among the government employees walking off the job to demand an end to junta rule, the country’s new military leader Min Aung Hlaing told striking workers to return to work.

“Those who are away from their duties are requested to return to their duties immediately for the interests of the country and people without focusing on the emotion,” he said, in a speech reported by state media.

The new US sanctions target Min Aung Hlaing and other top generals, after President Joe Biden announced his administration was cutting off the military’s access to $1 billion in funds.

With another day of mass rallies underway, state media announced the release of more than 23,000 inmates as part of a prison amnesty.

Friday was a public holiday in Myanmar and mass amnesties to empty the country’s overcrowded prison system are common on significant local dates.

More than 260 people have been detained in the days since the coup, according to the Assistance Association for Political Prisoners monitoring group, but there was no indication that Suu Kyi or any of her allies were among those set for release.

“There is a serious concern that the sudden release… is to clear space for the detention of political prisoners,” the AAPP said.

Protesters in Myeik were among the first to hit the streets on Friday, with hundreds of teachers marching through the southern port city urging people to stay home from their offices and join their strike.

The coup has united disparate strands of society in opposition, with some reports of police officers breaking ranks to join demonstrations alongside celebrities, students and garment workers.

They have called for the junta to respect the results of November’s elections, which saw Suu Kyi’s National League for Democracy (NLD) party win in a massive landslide.

The military justified its takeover with claims of widespread voter fraud, though local and international monitors said there were no major issues with the election that could have changed the outcome of the poll.

Min Aung Hlaing’s regime has moved quickly to stack courts and political offices with loyalists after bringing the country’s decade-old democracy to a sudden end.

Live rounds were fired at a rally in Naypyidaw this week, critically wounding two people—including a woman who was shot in the head.

Concerns are growing over a draft cybersecurity bill that grants the regime power to order internet blackouts and website bans.

The junta has already ordered telecoms to block Twitter and Facebook and imposed a temporary nationwide internet shutdown over the weekend.

Suu Kyi has not been seen since she was detained on February 1, the same day a new parliament was due to convene, but NLD officials have said the Nobel laureate was in “good health”.

The military regime has weathered a chorus of condemnation from the US, European Union and former colonial power Britain since it took power.

“The international community will not accept the coup in Myanmar and we will hold those responsible to account,” UK Foreign Secretary Dominic Raab said on Thursday.

Under fire, a contrite Ted Cruz returns from holiday to storm-struck Texas