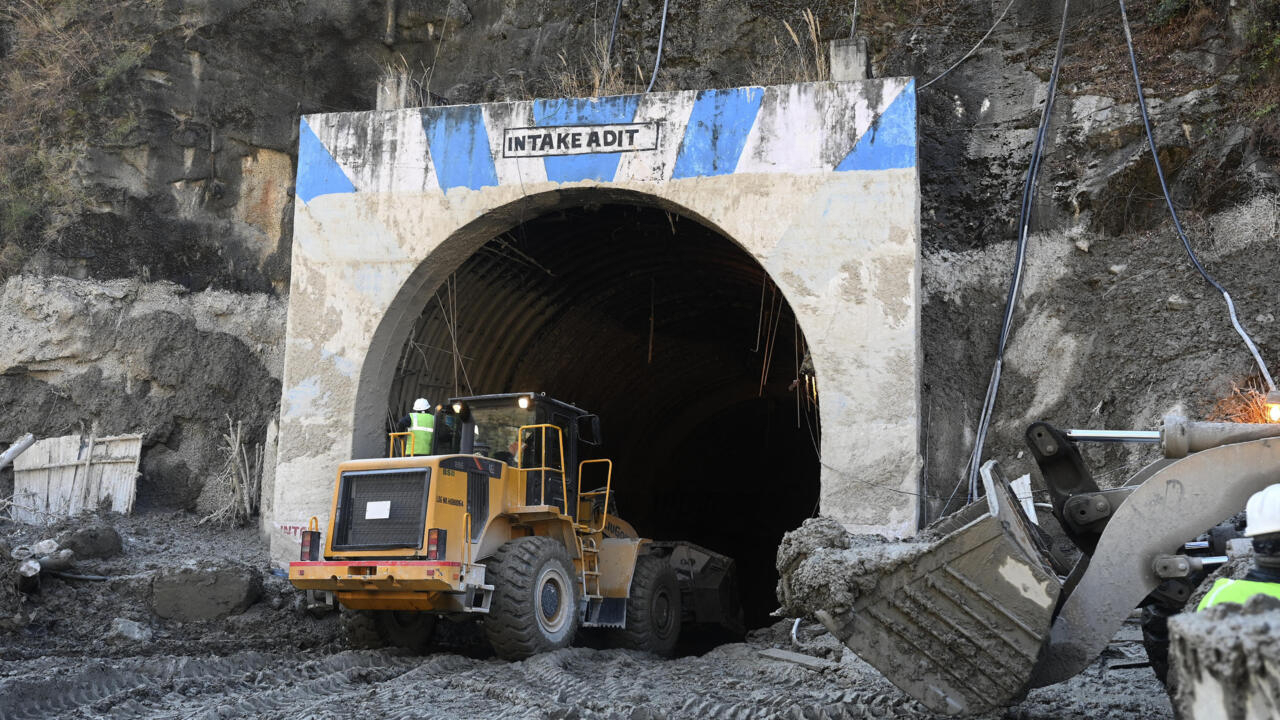 Indian authorities on Thursday began drilling inside a tunnel in the Himalayas in an attempt to rescue more than 35 workers trapped there after a flash flood that destroyed dams and bridges.

About 171 people remain unaccounted for since Sunday’s disaster in Uttarakhand state, most of them workers at the Tapovan Vishnugad hydroelectric project and at the smaller Rishiganga dam, which was swept away by the torrent.

So far, the bodies of 33 people have been found, the state police chief’s office said.

While scores are thought to have been washed away as rock and debris surged down the Dhauliganga River, rescue efforts have been focused on saving an estimated 35 workers stuck in a 2.5 km tunnel connected to the Tapovan project.

But the slush and water has been so heavy that soldiers have made only halting progress in four days.

After clearing more than 100 metres of mud, rocks and debris, relief workers on Thursday sent water tankers and generators deep into the tunnel to assist in drilling.

The men are trying to search for signs of life in smaller tunnels and rooms branching off from the main passage, officials said.

Relatives continued to arrive at the site, but five days after the disaster, there was frustration at the lack of progress.

“They are not telling us anything,” said Praveen Saini, whose nephew, Ajay Kumar Saini, is trapped in the tunnel.

Another was holding onto hope that his brother had survived after he was able to ring his mobile.

“If his phone survived, maybe he survived,” Jugal Kishore said.

Originally thought to be a glacier breaking apart in the country’s second highest, Nanda Devi mountain, and crashing into the river, some scientists now say the flood was more likely to have been caused by an avalanche.

“It appears that the event was caused by a very large rockfall from high up the mountainside which picked up lots of snow and ice on the way down and melted these because of the frictional heat created by the rock fall,” said Stephan Harrison, professor of Climate and Environmental Change at the University of Exeter in the United Kingdom.