Protesters march in Myanmar’s Yangon despite warnings from military 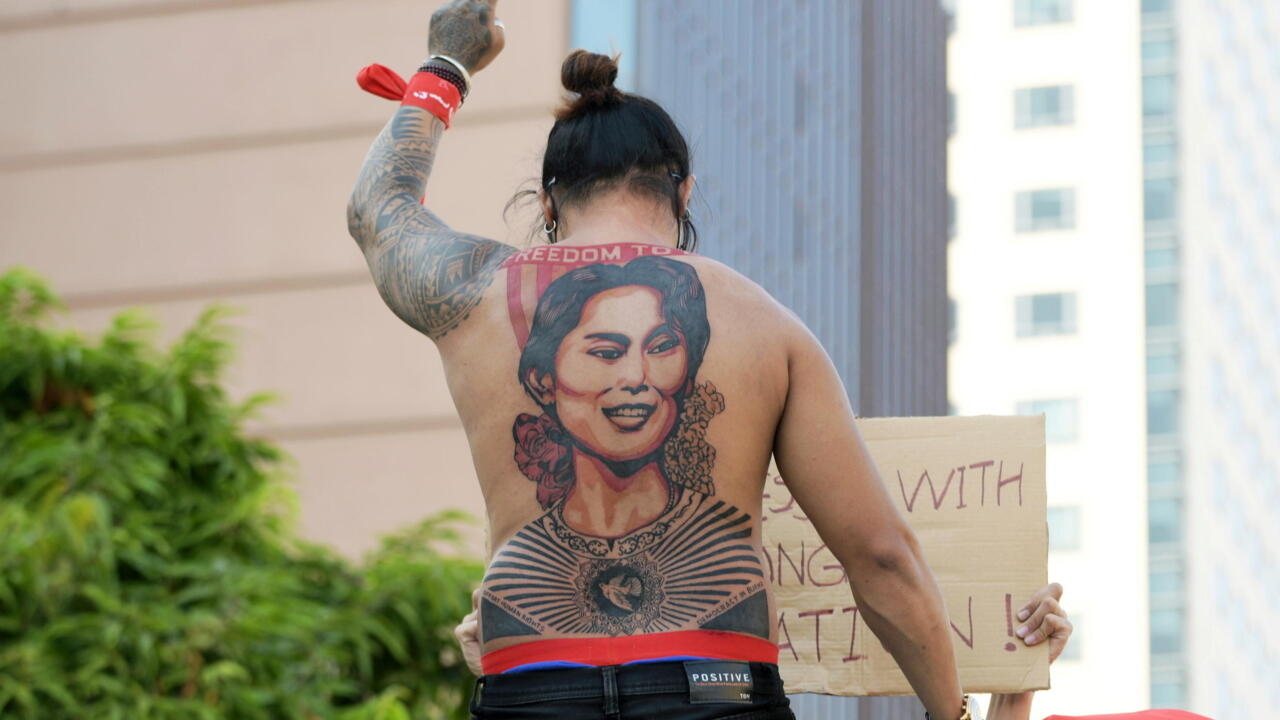 In San Chaung township — where gatherings are currently banned — scores of teachers marched on the main road, waving a defiant three-finger salute.

Opponents of Myanmar‘s military coup have vowed to continue non-violent action in the face of bans on big gatherings, night curfews and road closures after the biggest demonstrations in more than a decade.

Promises on Monday from junta leader Min Aung Hlaing to eventually hold a new election in his first address since seizing power drew scorn. He repeated unproven accusations of fraud in last November’s election, won by Suu Kyi’s National League for Democracy (NLD) in a landslide.

“We will continue to fight,” said a statement from youth activist Maung Saungkha, calling for the release of political prisoners and the “complete collapse of dictatorship” as well as the abolition of a constitution that gave the army a veto in parliament and for federalism in ethnically-divided Myanmar.

An older generation of activists formed during bloodily supressed protests in 1988 called for the continuation of the strike action by government workers for another three weeks.

“We also request the protesters in the whole nation to be united and systematically help each other,” said the statement from Min Ko Naing on behalf of the 88 Generation group.

After tens of thousands of people took to the streets across Myanmar, local orders banning gatherings of more than four people were imposed. The U.S. Embassy said it had received reports of an 8 p.m. to 4 a.m. local time curfew in the two biggest cities, Yangon and Mandalay.

There was no further comment from authorities on the measures to stop protesters.

Some coup opponents suggested on social media that people should meet in groups of four to protest to get around the ban on large gatherings.

In his first televised address as junta leader on Monday, Min Aung Hlaing said the junta would form a “true and disciplined democracy,” different to previous eras of military rule which left Myanmar in isolation and poverty.

“We will have a multiparty election and we will hand the power to the one who wins in that election, according to the rules of democracy,” he said. The electoral commission had dismissed his accusations of fraud in last year’s ballot.

Min Aung Hlaing gave no time frame but the junta has said a state of emergency will last one year.

The comments brought angry responses on social media, with some people posting pictures of themselves putting one finger up at the television as he spoke.

Western governments have widely condemned the coup, although there has been little concrete action so far to put pressure on the generals.

The U.N. Security Council has called for the release of Suu Kyi and other detainees. The U.N. Human Rights Council will hold a special session on Friday to discuss the crisis at the behest of Britain and the European Union.

The administration of U.S. President Joe Biden has said it is considering targeted sanctions. It said on Monday it was “moving quickly” to form its response.

In a letter on Monday, a senior member of Suu Kyi’s NLD asked U.N. Secretary-General Antonio Guterres to “use all available means…to ensure a swift reversal of the coup”.

Suu Kyi won the Nobel Peace Prize in 1991 for campaigning for democracy and spent nearly 15 years under house arrest as she struggled to end almost half a century of army rule.

The 75-year-old has been kept incommunicado since her arrest. She faces charges of illegally importing six walkie-talkies and is being held in police detention until Feb. 15.

Her lawyer said he has not been allowed to see her. The U.S. State Department said it had made both formal and informal efforts to reach her, but was denied.

Suu Kyi remains hugely popular at home despite damage to her international reputation over the plight of the Muslim Rohingya minority.

Thousands protest in Tbilisi after arrest of Georgian opposition leader