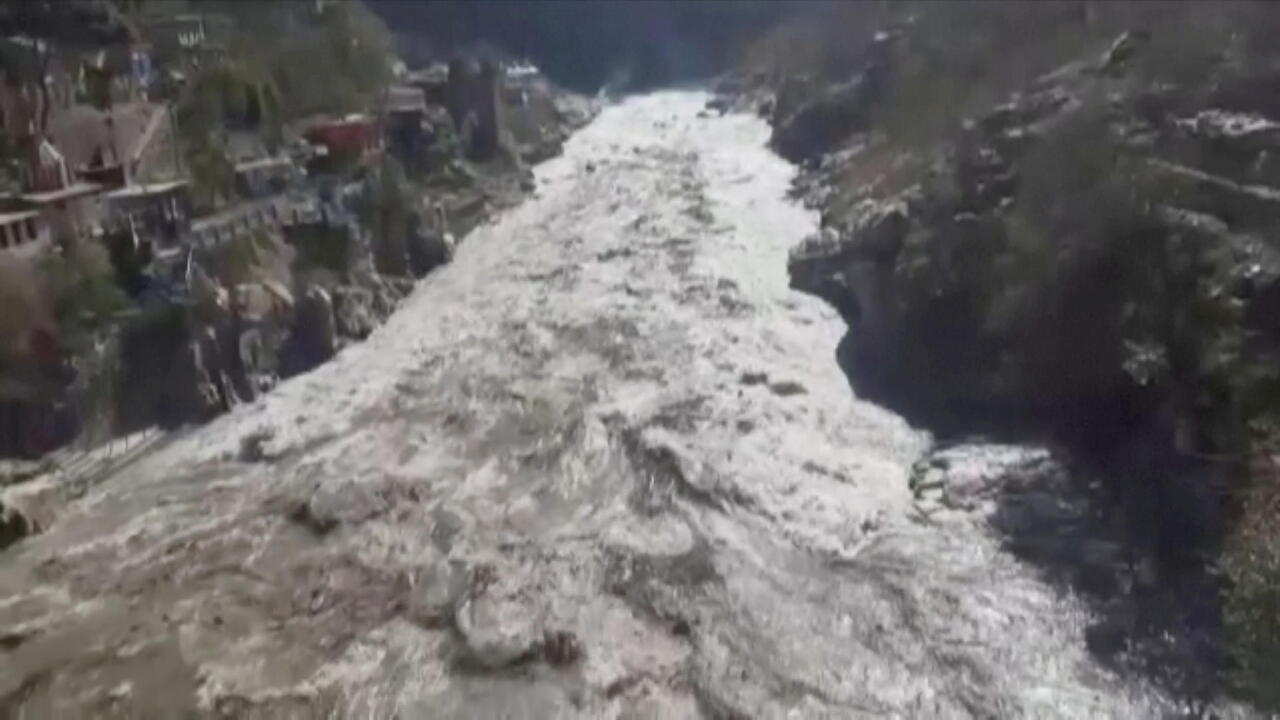 As many as 150 people were feared dead in northern India after a Himalayan glacier broke and crashed into a dam early on Sunday, with floods forcing the evacuation of villages downstream.

“The actual number has not been confirmed yet,” but 100 to 150 people were feared dead, Om Prakash, chief secretary of Uttarakhand state where the incident occurred, told Reuters.

A witness reported a wall of dust, rock and water as an avalanche roared down a river valley.

“It came very fast, there was no time to alert anyone,” Sanjay Singh Rana, who lives on the upper reaches of Raini village, told Reuters by phone. “I felt that even we would be swept away.”

Locals fear that people working at a nearby hydro-power project had been swept away, as well as villagers roaming near the river looking for firewood or grazing their cattle, Rana said. “We have no idea how many people are missing.”

Am constantly monitoring the unfortunate situation in Uttarakhand. India stands with Uttarakhand and the nation prays for everyone’s safety there. Have been continuously speaking to senior authorities and getting updates on NDRF deployment, rescue work and relief operations.

“India stands with Uttarakhand and the nation prays for everyone’s safety there,” he said on Twitter after speaking with the state chief minister.

India’s air force was being readied to help with rescue operations, the federal government said, while Home Minister Amit Shah said disaster-response teams were being airlifted in to help with relief and rescue.

“All the concerned officers are working on a war footing,” Shah said on Twitter, referring to Uttarakhand by its nickname, the Hindi term for “land of the gods” – due to the numerous Hindu temples and pilgrimage centres located across the state.

Footage shared by locals showed the water washing away parts of the dam as well as whatever else was in its path.

Videos on social media, which Reuters could not immediately verify, showed water surging through a small dam site, washing away construction equipment.

“The water level of the river is now 1 meter above normal but the flow is decreasing.”

Uttarakhand in the Himalayas is prone to flash floods and landslides. In June 2013, record rainfall caused devastating floods that claimed close to 6,000 lives.

That disaster was dubbed the “Himalayan tsunami” by the media due to the torrents of water unleashed in the mountainous area, which sent mud and rocks crashing down, burying homes, sweeping away buildings, roads and bridges.

Uma Bharti, India’s former water resources minister and a senior leader of Modi’s party, criticised the construction of a power project in the area.

“When I was a minister I had requested that Himalaya is a very sensitive place, so power projects should not be built on Ganga and its main tributaries,” she said on Twitter, referring to the main river that flows from the mountain.