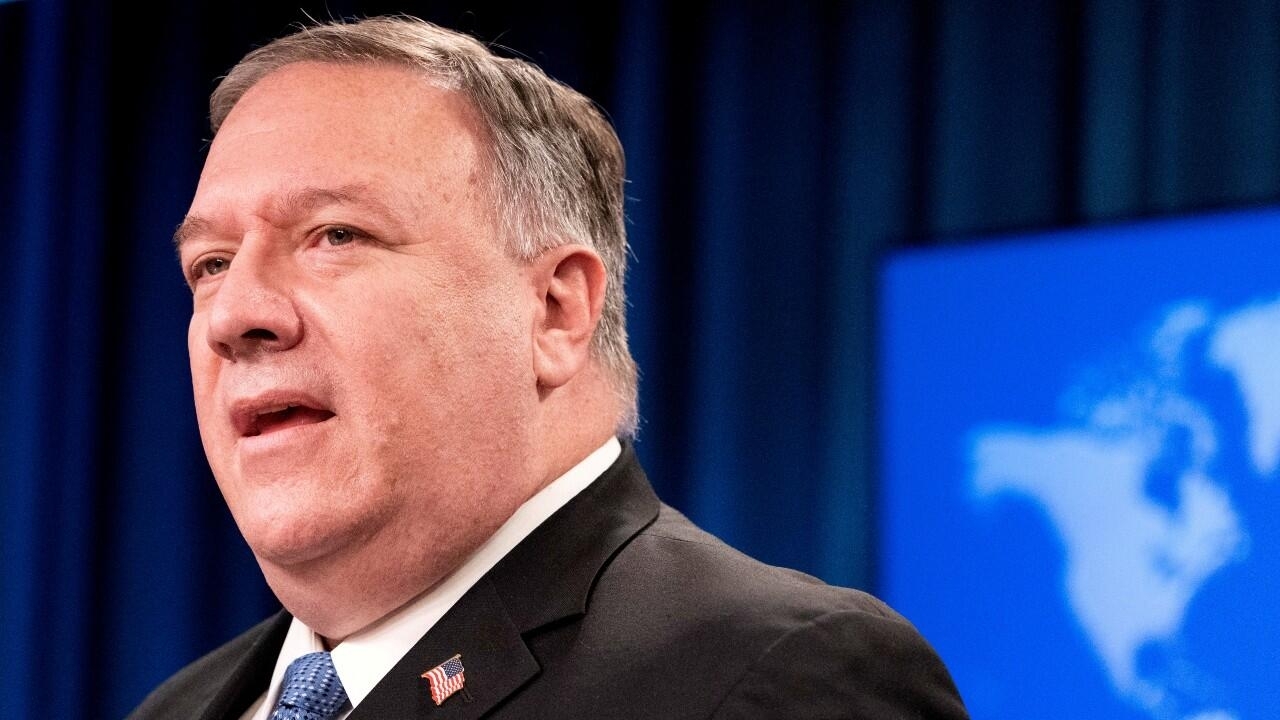 The Trump administration has determined that China has committed “genocide and crimes against humanity” by repressing Uighur Muslims in its Xinjiang region, US Secretary of State Mike Pompeo said on Tuesday, in an embarrassing blow to Beijing just before President-elect Joe Biden takes office.

Pompeo said he made the move, which is certain to further strain already frayed ties between the world’s top economies, “after careful examination of the available facts,” accusing the Chinese Communist Party of crimes against humanity targeting the Uighurs.

“I believe this genocide is ongoing, and that we are witnessing the systematic attempt to destroy Uighurs by the Chinese party-state,” Pompeo said in a statement.

I have determined that the People’s Republic of China is committing genocide and crimes against humanity in Xinjiang, China, targeting Uyghur Muslims and members of other ethnic and religious minority groups.

China has been widely condemned for its complexes in Xinjiang, which it describes as “vocational training centers” to stamp out extremism. It denies accusations of abuse.

The rare American determination follows intensive internal debate after Congress passed legislation on December 27 requiring the US administration to determine within 90 days whether China had committed crimes against humanity or a genocide.

US will keep up pressure, vows Pompeo

Pompeo’s vociferous criticism of Beijing has been a hallmark of his tenure but he had earlier danced around directly alleging genocide, saying repeatedly that the treatment of Uighurs was reminiscent of Nazi Germany’s policies.

He urged all international bodies including courts to take up cases over China’s treatment of the Uighurs and voiced confidence that the US would keep raising pressure.

Rights groups believe that at least one million Uighurs and other Turkic-speaking Muslims are incarcerated in camps in the western region of Xinjiang.

Witnesses and activists say that China is seeking to forcibly integrate the Uighurs into the majority Han culture by eradicating Islamic customs, including by forcing Muslims to eat pork and drink alcohol, which are both forbidden by their faith.

China denies wrongdoing and contends that its camps are vocational training centers meant to reduce the allure of Islamic extremism in the wake of attacks.

Unlike many decisions by Pompeo seen as boxing in Joe Biden, the incoming president had called for more pressure on China on human rights with his campaign last year using the term genocide.

Biden’s nominee for secretary of state, Antony Blinken, told the Senate Foreign Relations Committee during a confirmation hearing on Tuesday he agreed with the genocide declaration.

Biden’s Democratic campaign had declared, before the November 3 US election, that genocide was occurring in Xinjiang.

“I think we’re very much in agreement,” Blinken said. “The forcing of men, women and children into concentration camps; trying to, in effect, re-educate them to be adherents to the ideology of the Chinese Communist Party, all of that speaks to an effort to commit genocide.”

Asked how he would respond in his first 30 days as secretary of state, he replied: “I think we should be looking at making sure that we are not importing products that are made with forced labour from Xinjiang… we need to make sure that we’re also not exporting technologies and tools that could be used to further their repression. That’s one place to start.”

Omer Kanat, executive director of the Washington-based Uyghur Human Rights Project, hoped that the genocide determination would lead to further steps such as a boycott of next year’s Beijing Winter Olympics.

“The implications are enormous. It’s unthinkable to continue ‘business as usual’ with a state committing genocide and crimes against humanity,” he said in a statement.

The Trump administration has already taken a number of steps to pressure China over its treatment of the Uighurs, including blocking all imports of cotton from Xinjiang — one of the major global producers of yarn used in textile manufacturing.

Pompeo — described this week by Beijing as a “praying mantis” — has not been shy about criticizing China but made the determination after extended debate on the legal implications at home and abroad.

Lawmakers across the political spectrum have called on the US to declare that China is carrying out genocide against the Uighurs, saying that evidence was increasingly clear.

In a study last year, German researcher Adrian Zenz found that China has forcibly sterilised large numbers of Uighur women and pressured them to abort pregnancies that exceed birth quotas. China denied the account, saying that Uighur women were breaking free from “extremism” by using contraception.

Pompeo in his statement called on China to “abolish its system of internment, detention camps, house arrest and forced labor” and “cease coercive population control measures, including forced sterilizations, forced abortion, forced birth control, and the removal of children from their families.”

He also urged China to “end all torture and abuse” in custody and allow Uighurs and other minorities to emigrate.

After a sluggish start, #MeToo movements pick up steam in France

‘It’s liberating to be in a restaurant’: French tourists escape to Madrid