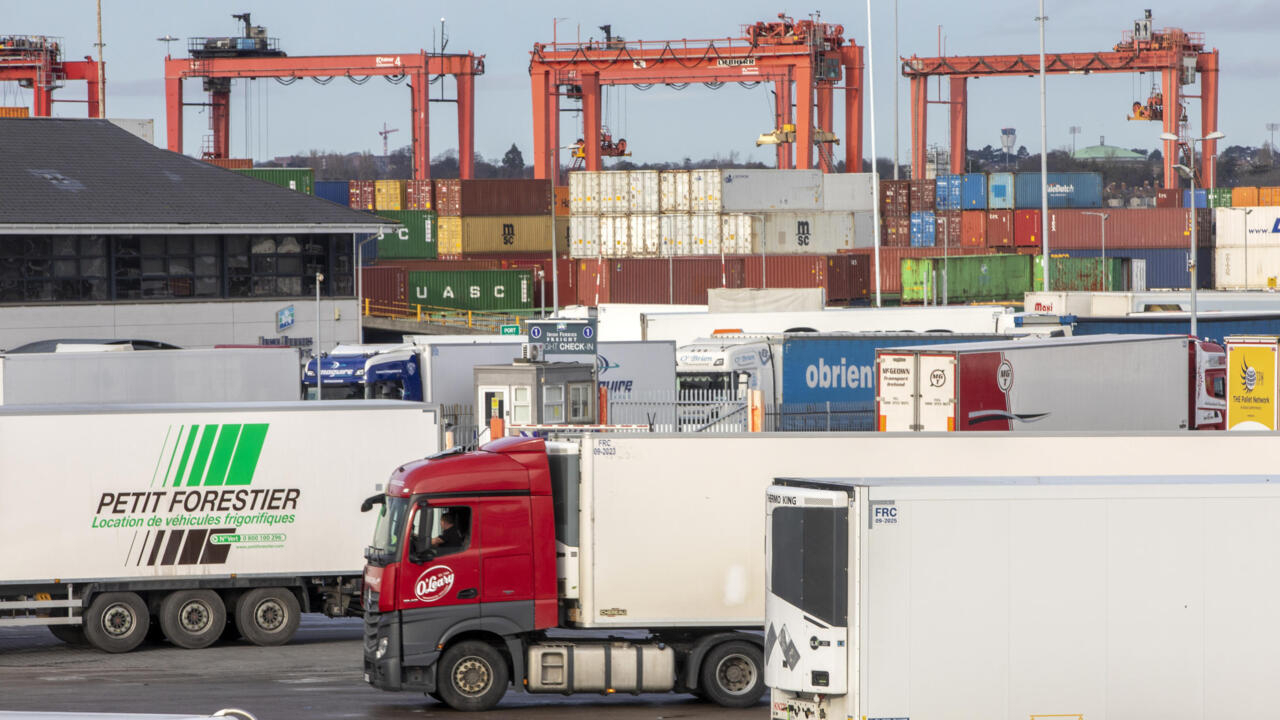 France is considering requiring rapid COVID-19 tests from Irish truck drivers operating on a logistics route that has become key since Britain’s exit from the European Union, Ireland’s transport minister said on Sunday.

Large numbers of Irish trucks have begun transporting goods via ferries to France in recent weeks to avoid delays in the more traditional route to continental Europe via Britain, which withdrew from EU trading rules on Jan. 1.

The new measures would be targeted at a more infectious variant of the coronavirus first discovered in England but that has become widespread in Ireland.

Transport Minister Eamon Ryan told RTE that France was considering demanding a PCR COVID-19 test, which can take several days, from most Irish travellers. Ireland is demanding similar tests from all arriving passengers.

France is also considering demanding a much quicker antigen test, which can give results in minutes, from Irish truck drivers.

“If the French government comes back with that requirement, we would have to manage that and make sure we can do it in a way that doesn’t disrupt supply chains,” Ryan told RTE radio. “That would be demanding but I am confident we will be able to do it.”

A demand from France for COVID-19 tests from British drivers caused significant delays and trade disruption in December.

France on Friday announced that people travelling from non-EU countries to France would be required to present a negative PCR COVID-19 test, but that an antigen test would be sufficient from British truck drivers.

Ireland is a member of the European Union, but not of the Schengen free travel area.

France’s European Affairs minister Clement Beaune said on Sunday that Paris would be holding consultations this week to “strengthen control measures within the European area.”

But he warned it may be difficult to accept rapid antigen tests from Irish drivers.

“Between France and Ireland, PCR tests work because we have the same ones; antigenic tests do not work because Ireland does not yet recognise them,” he said.