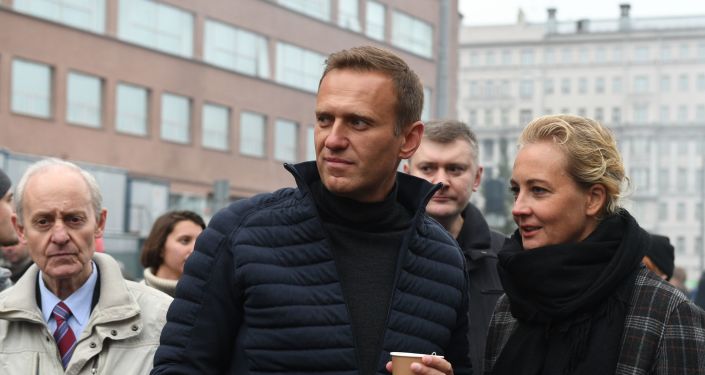 Earlier in the day, Navalny landed at Moscow’s Sheremetyevo airport where he was arrested by the Russian detention authority for multiple probation violations.

“The detainment of Alexey #Navalny upon arrival in Moscow is unacceptable. I call on Russian authorities to immediately release him,” Michel tweeted.

On August 20, Navalny fell ill on a domestic flight in Russia. He was initially treated in the Siberian city of Omsk, where the plane made an emergency landing. Two days later, when the doctors determined that he was fit for cross-border aerial transportation, the politician was taken to the Berlin-based Charite hospital for further treatment.

In a statement, the German government said that doctors had found evidence of a poisonous nerve agent from the Novichok group in Navalny’s body. Russia disputed these allegations, noting that its doctors had found no toxic substances in Navalny while he was treated in Omsk.

Prior to Navalny’s return, the Russian Federal Penitentiary Service warned it would arrest him for probation violations as he was previously found guilty of committing two administrative offenses.