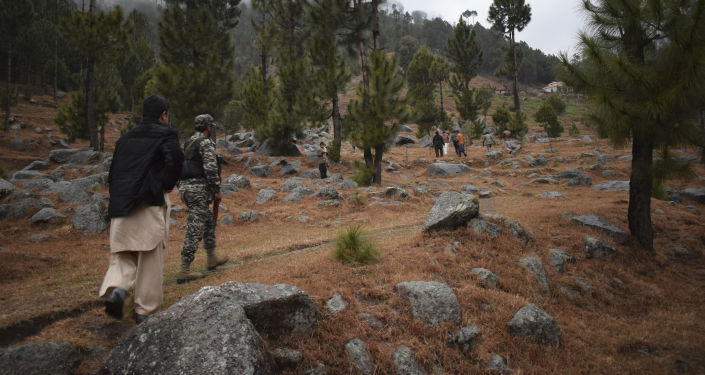 The leaked personal chats of celebrity Indian anchor Arnab Goswami have revealed that the Indian journalist had prior information about the top secret Balakot air strikes carried out by India against Pakistan in February 2019.

As per the chats, Arnab, who heads Indian broadcaster Republic TV, had indicated that Prime Minister Narendra Modi will do “something big” against Pakistan, which would be “bigger than a normal strike”. The chats date to 23 February, 2019, three days before the air strikes.

The 50 pages of his online chats have created a stir on Indian social media, with many netizens wondering how Goswami have had access to such a military secret, which took everyone else by surprise at the time.

Not surprised that Modi consulted the Prime Dalal of Dalali Street to plan “something big” on Pakistan which could spin the narrative for the election. National security could go to hell https://t.co/Po381MZjiK

​The leaked chats are part of a supplementary chargesheet filed by the police in Mumbai against Goswami and Partho Dasgupta, the former head of the television ratings’ agency Broadcast Audience Research Council (BARC).

Mumbai Police claim that Goswami and Dasgupta colluded to manipulate the television viewership data to give Republic TV an edge over its rival television networks. The chat records feature Goswami’s communication with Dasgupta over a range of topics concerning TV viewership data.

At several points during the leaked conversations, the Indian anchor points towards his access to the offices of the Prime Minister, National Security Advisor as well as the federal Information and Broadcasting ministry.

The air strikes against Pakistan by Indian Air Force (IAF) Mirage jets were in response to a terrorist attack carried out on a convoy of Indian paramilitary personnel, allegedly by Pakistan-based terror group Jaish-e-Mohammad (JeM), on 14 February.

New Delhi claims that its fighter jets struck a JeM terror camp in Pakistan’s Khyber Pakhtunkhwa province in overnight air raids on 26 February, 2019. Pakistan, however, has consistently denied India’s charges and said that the Indian jets struck an empty patch of land on a hilltop.

In response to the Indian jets’ action, Pakistan on 27 February dispatched F-16s fighter planes across the border in a bid to carry out retaliatory strikes. However, Pakistan’s actions was preempted by India, which sent its MIG-21s to chase away the intruding enemy planes.

A subsequent dogfight between the fighter jets from Pakistan and India led to an IAF MIG-21 crashing in Pakistani territory, which ultimately resulted in the capture of an Indian fighter pilot. The pilot, Wing Commander Abinandan Varthaman, was subsequently released by Pakistan.

Italian Senate Gives Confidence to Conte Government With 156 Votes in Favor, 140 Against