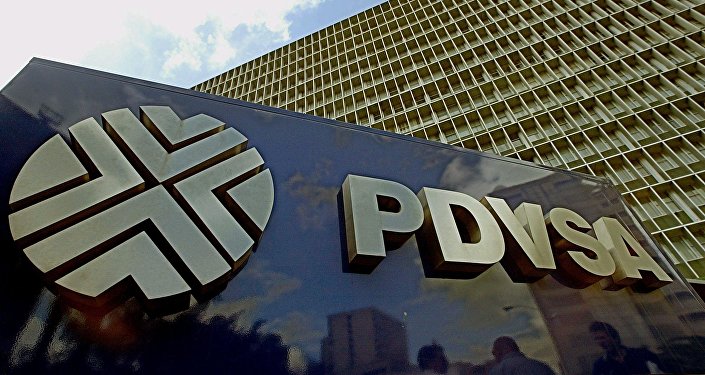 Venezuelan officials are reportedly negotiating with small domestic contractors over a deal that would allow them to operate the oilfields of state-owned PDVSA in return for a share of the proceeds, writes Reuters.

Discussions on the issue have been going on for several months, according to sources cited by the outlet, but it is still unclear whether any companies have actually signed the proposed contracts.

A relatively small number of companies have shown interest, as the outlet suggests tht an opening of this kind to the private sector would be mired in various obstacles, such as concerns over entering a deal with the Venezuelan state-owned oil and natural gas company Petroleos de Venezuela (PDVSA ) after years of late payments, and fears of US sanctions.

Among those purportedly ready to explore the possibilities of the tabled offer is S&B Terra Marine Services, based near Lake Maracaibo in western Venezuela, and Arco Services, based in the state of Monagas, according to three insiders cited by Reuters.

“Since the government is closed out of many channels, they want to delegate responsibility to private companies and justify that delegation through the sanctions, the blockade, and the humanitarian impact,” one source was quoted as saying.

No details of the proposed arrangements have been revealed yet, according to sources, yet the terms reportedly differed from the “joint services agreements” signed with a smattering of obscure companies in 2018, which allowed them to take charge of financing and equipment procurement.

The move by Maduro had been seen as a sign of reversal of his predecessor Hugo Chavez’ efforts to expand the state’s role in the nation’s energy industry.

According to the 2018 deals, writes the outlet, the companies only got remunerated if production increased, while the currently reported offer is devoid of any output boost requirement. The proposals ostensibly on offer would allow private companies to sell crude or refined products themselves as a form of compensation.

In another key modification on the 2018 plans, the companies the state was currently reaching out to were experienced PDVSA contractors, writes the outlet.

The government is believed to be extending the deal to fields owned solely by PDVSA, rather than its joint ventures with private companies, such as Chevron Corp and China National Petroleum Corp Ltd.

There has not yet been any official comment on the report by either company.

PDVSA and Venezuela’s oil ministry have also refrained from commenting on the reported moves.

Venezuela’s President Nicolas Maduro has been seeking to attract investments to the OPEC nation, that has been gripped by a protracted crisis exacerbated by a volatile year for the oil industry. Under fallout from the coronavirus pandemic, global crude production faced a collapse as world oil consumption sank amid the disruption to daily lives wreaked by the health crisis. Venezuela has also been struggling under the weight of Washington-imposed sanctions.

“We aim to increase production to 1.5 million barrels [per day] with new mechanisms of production, financing and commercialization,” Maduro said on Tuesday in an annual address to the National Assembly.

​The following day Vice President Delcy Rodriguez said in a state television interview that “various agreements” had been made to boost oil investment as part of the anti-blockade law.

The official was referencing just-passed government legislation allowing oil deals to be signed confidentially, due to the risk of sanctions. Furthermore, laws are reportedly to be reformed to allow greater private participation in the oil industry.

© REUTERS / Carlos Garcia Rawlins
The logo of the Venezuelan oil company PDVSA and cut-outs depicting oil facilities are seen on a building of the company in Caracas, Venezuela July 21, 2016.

Venezuela has been under extreme sanctions pressure from Washington, as the US confiscated billions of dollars in assets abroad belonging to state oil giant PDVSA and threatened restrictions against countries buying the Latin American nation’s crude in an effort to oust Nicholas Maduro’s government.

Venezuelan opposition figure Juan Guaido, who proclaimed himself interim president, led an unsuccessful coup attempt in 2019, with the Donald Trump administration recognising Guaido’s claims back in January 2019. At the time Guaido held the leading position in the country’s National Assembly.

Maduro has repeatedly accused Washington of seeking to overthrow his government in a bid to get its hands on his nation’s vast energy reserves and mineral resources.

Scientists Hope to Soon Have Clues About What Mars Sounds Like