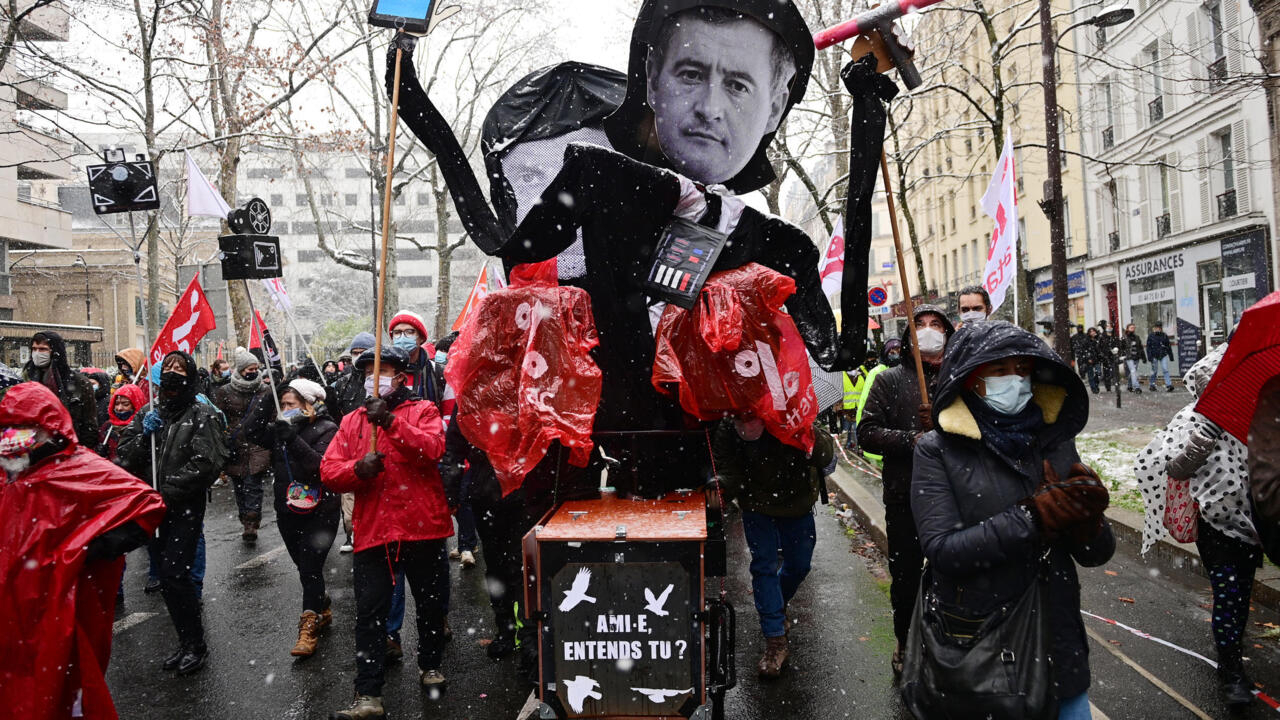 Tens of thousands of protesters marched across France Saturday to denounce a security bill critics say would restrict the filming of police and posting images to social media, notably to document cases of police brutality.

Thousands marched in Paris and cities across France, many of them angry about what they say was the “disproportionate” response by police when they broke up an illegal New Year’s rave in Brittany that attracted some 2,400 people.

Estimates of the turnout varied widely between the authorities and the activists: while police put the total turnout across the country at 34,000, organisers insisted it was closer to 200,000.

In Paris, the marchers came out despite a rare snowfall, carrying banners with slogans such as “Police everywhere, justice nowhere”, and “State of emergency, police state.”

“It’s a strange dictatorship, one asks how far they will go with this law,” said one marcher in the northern city of Lille, who identified himself only by his first name Francois.

“If this is the case in the country of the rights of man and freedom, then I’m ashamed to be French!” he added.

Police arrested 75 people across the country, 24 of them in Paris, said Interior Minister Gerald Darmanin, while 12 police officers and paramilitary officers were injured.

Police also intervened to break up an illegal rave near the Paris demonstration, Darmanin said in a tweet.

Footage of white police beating up an unarmed black music producer in his Paris studio on November 21 has amplified anger over the legislation, condemned by many as signalling a rightward lurch by President Emmanuel Macron.

Other recent incidents caught on camera have shown Paris police using violence to tear down a migrant camp.

The protesters are also against the use of ramped-up surveillance tools like drones and pedestrian cameras.

French Senate due to consider bill in March

In the face of mounting protests, Macron’s ruling LREM party has announced it will rewrite the bill‘s controversial Article 24 that deals with filming the police.

But left-wing protesters and rights groups insist the law should be completely withdrawn.

The “marches for freedom” have been called by an umbrella grouping that includes Amnesty International and several unions, including those gathering journalists and film directors.

The proposal, which has already been approved by the National Assembly, will be examined by the Senate, France’s upper parliamentary chamber, in March.

Round 7 of Demonstrations in Barcelona, Spain Over Rapper Hasel’s Arrest