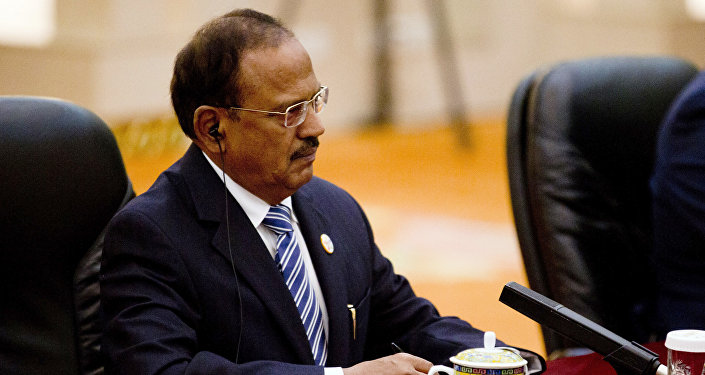 “Though we (India) support any initiative which is Afghan led and controlled, the reality is that on ground we are not actively participating,” sources said.

“Afghans have a feeling that India is not part of the peace process,” they added.

A high-level Indian delegation headed by Doval paid a two-day visit to the war-ravaged country on 13 and 14 January. The visit came after the resumption of the second round of intra-Afghan talks this month, days before the incoming Joe Biden administration is slated to take charge in Washington.

During his trip, Doval held a series of meetings with President Ashraf Ghani, his Afghan counterpart Hamdullah Mohib, Dr. Abdullah Abdullah, the Chairman of the High Council for National Reconciliation, Amrullah Saleh, the First Vice President, as well as former President Hamid Karzai.

The Afghan government officials said that New Delhi and Kabul were “synchronising efforts” to establish peace and combat terrorism in the country, amid a recent surge in violence which the authorities have blamed on the Taliban.

NSA @hmohib hosted his Indian counterpart Ajit Doval and his high-level delegation from Delhi for a two-day visit in Kabul. The two sides held extensive conversations on issues of strategic mutual interest, including on synchronising efforts to combat terrorism and build peace. pic.twitter.com/rpZIdHfMUb

​”The Taliban is a major player and it is a fact that their leaders are by and large strongly connected with Pakistan,” said Indian security sources, expressing concerns over close linkages between the insurgent group and Islamabad.

The Taliban’s chief negotiator in the peace process, Mullah Abdul Hakim, and the head of the Taliban office in Qatar, Mullah Baradar had been in Pakistan for a prolonged stay before the resumption of the second round of talks.

“Pakistan must be fearing the consequences of teh complete withdrawal of the US as due to its own internal situation it would not be of any benefit to the Taliban anymore.

“Moreover, with the US gone, the Taliban will call the shots as they would be out of the clutches of the ISI (Pakistan’s spy agency Inter-Services Intelligence). Thus, they would care least for Pakistan as they would have nothing to gain from them anymore,” said the Indian sources.

However, sources cautiously added that it remains to be seen if the Biden administration made good on the outgoing Trump administration’s word on pulling out American troops completely.

Sources noted that the Taliban has yet to recognise the Pakistan-Afghanistan Border (Durand Line), as they pointed towards the “political convenience” of the Taliban-Islamabad relationship.

Despite not being a major player in the Afghan Peace Process, sources said that Doval had been told about the “immense goodwill” that New Delhi enjoys in the eyes of Afghanistan’s population.

India is Afghanistan’s largest regional donor and has extended development assistance worth over $3 billion to Kabul. India’s aid to Afghanistan includes the building of a new Parliament House and supplying of 1.1 million metric tonnes of wheat to the country, among other projects.

Such is the closeness of ties between Kabul and Delhi that Pakistan’s Prime Minister Imran Khan in November 2020 accused New Delhi of using Afghanistan as a base to launch terror attacks on Chinese targets in Pakistan’s Balochistan province.

“This desperate attempt (Pakistan accusing India of perpetrating terror attacks from Afghanistan) will find few takers as the international community is aware of Pakistan’s tactics,” India’s foreign ministry stated at the time.