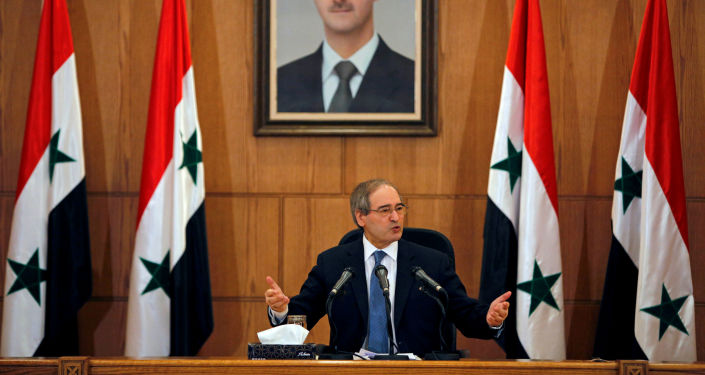 “In view of the gravity of the situation in Syria, and considering his recent appointment as Minister of Foreign Affairs, Faisal MEKDAD should be added to the list of natural and legal persons, entities or bodies subject to restrictive measures in Annex I to Decision 2013/255/CFSP”, the decision read.

On 22 November, Mekdad was appointed to the post of the Syrian foreign minister after his predecessor, Walid Muallem, died at a Damascus hospital at the age of 79.

In May 2011, the European Union introduced sanctions “against Syria and persons responsible for the violent repression against the civilian population.” Later in 2017, the EU also imposed sanctions on Syrian officials who were allegedly involved in the country’s chemical weapons programme. Syrian authorities vehemently denied the accusations, stating that international organisations didn’t find any evidence of chemical weapons development.