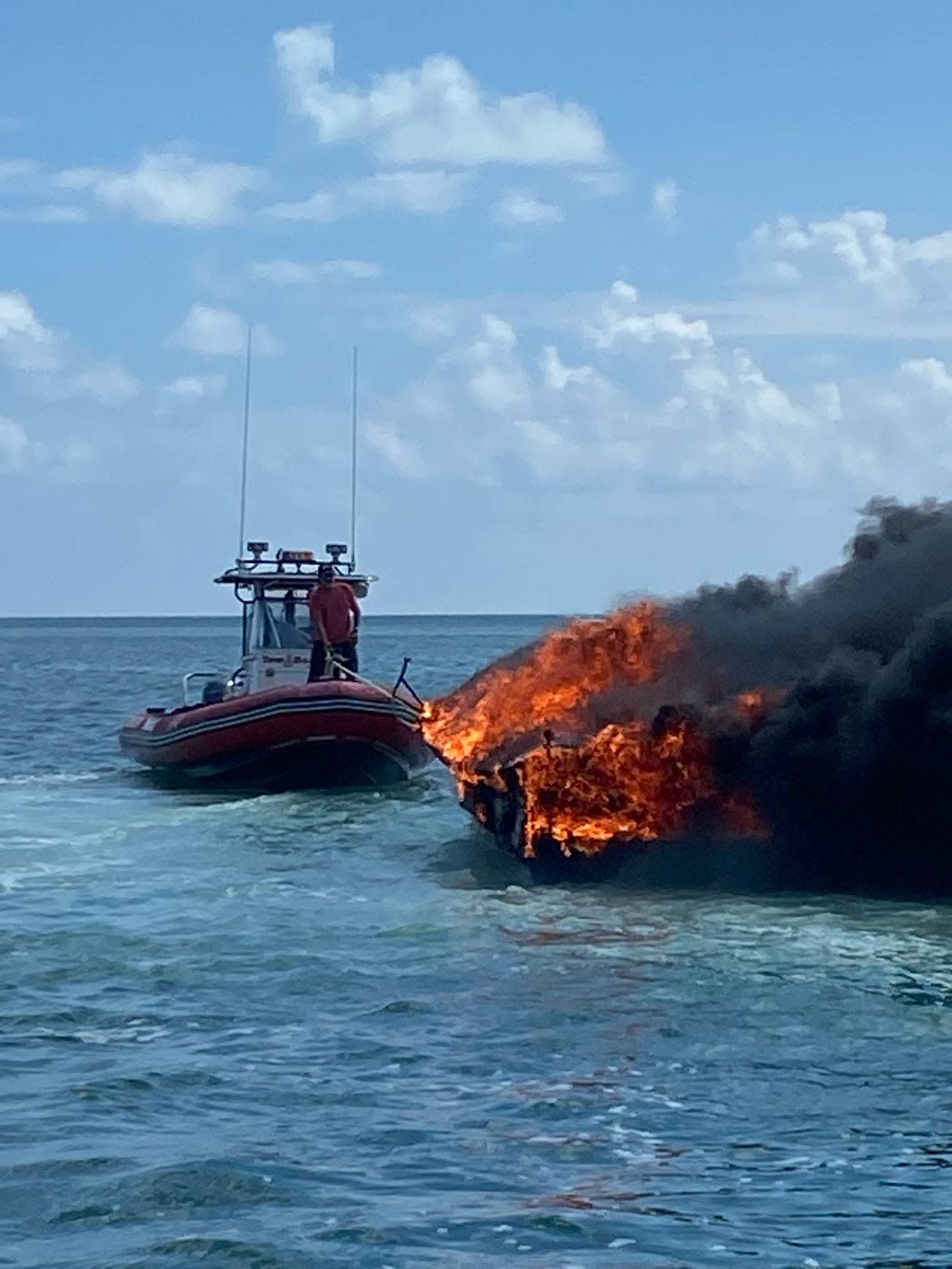 A couple was taking their boat on a maiden voyage in the waters off Islamorada when it burst into flames Wednesday afternoon, authorities said.

The man and woman onboard were rescued by another boater.

“With the good Samaritan rescuing the two people, our biggest concern was keeping the vessel from drifting toward other boats in the area and the mangroves,” said U.S. Coast Petty Officer Second Class Logan Venero with Station Islamorada.

The woman suffered burns to her leg, according to the report, but was not seriously injured. The man was not injured.

Officer Bobby Dube, spokesman for the Florida Fish and Wildlife Conservation Commission, the agency investigating the fire, said the couple was new to the area and recently purchased the boat. It was their first time taking it out, Dube said.

The boat was completely covered in flames and thick, black smoke was billowing from it while drifting toward the Whale Harbor Bridge on Windley Key. Not only is the bridge a heavily traveled section of U.S. 1, popular marinas are located on either side of the span.

The smoke became so heavy that law enforcement briefly stopped traffic on the highway because visibility became poor, according to the dispatch report.

A U.S. Coast Guard patrol boat crew was able to attach a line to the burning wreck and tow it away from the bridge around 2:30 p.m., and traffic reopened a few minutes later.

The Coast Guard crew, along with a civilian tow boat, tied the boat, which was completely destroyed, to a flag on a nearby sandbar, Dube said.

Petty Officer Nicole Groll, a Coast Guard spokeswoman, said the vessel’s owner was in the process of figuring out salvage options Wednesday evening.